Brazil's transition from an ICT perspective 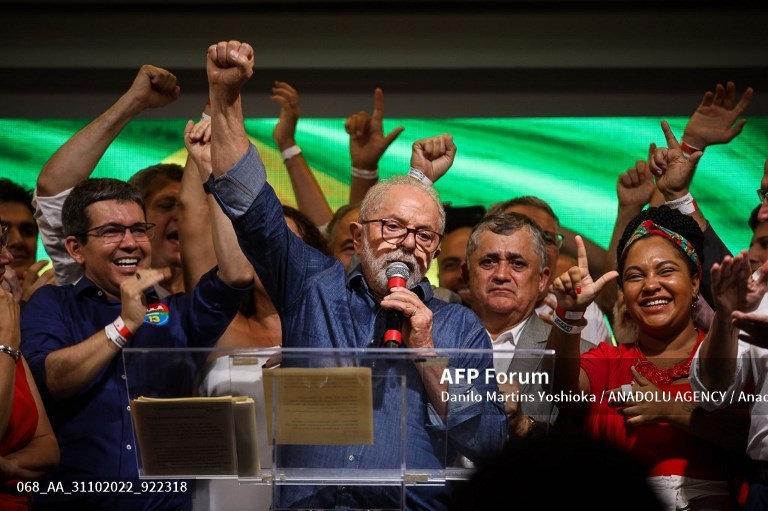 As Brazil embarks on its presidential transition following Sunday’s runoff, ICT companies are in wait-and-see mode.

The process is led on winner Luiz Inácio Lula da Silva’s side by vice president-elect Geraldo Alckmin, and on incumbent Jair Bolsonaro's side by chief-of-staff Ciro Nogueira.

A source at the communications ministry told BNamericas that staff is “ready to cooperate” with the transition group to be designated by the president-elect.

Despite current communications minister Fábio Faria being one of Bolsonaro's most vocal supporters and fiercest critics of Lula's Workers Party (PT), the source said the transition at the ministry is expected to unfold “accordingly” and “under the terms of the law.”

Lula’s choices for the communications ministry remain unknown but changes are expected.

Secom, however, was historically under the umbrella of the presidency – and that is the structure expected to return under Lula.

Under previous interim president Michel Temer, who succeeded Dilma Rousseff after her impeachment, the communications ministry was merged with the science, technology and innovation ministry, only to be split up later by Bolsonaro to better accommodate political allies.

A merger of the two ministries under Lula is unlikely.

The model of combining communications with science and technology is adopted in Latin America by countries such as Colombia, Costa Rica and Paraguay.

In countries like Mexico, Chile and Peru, on the other hand, communications (or telecommunications) are part of the transportation ministry.

At telecoms regulator Anatel, no substantial changes are expected for the time being.

Like other regulatory agencies – such as ANA, Aneel or Antaq – Anatel, despite being linked to the communications ministry, is an administratively independent and financially autonomous body.

Most of its staff are technical and career civil servants, positions that are usually maintained by new governments.

The five directors on Anatel's board are appointed by the president for five years, and not concurrently with presidential terms.

After the confirmation of his win, Brazilian telcos association Conexis Brasil Digital was among the first to congratulate Lula.

“With the presidential election over, the telecommunications sector congratulates the elected candidate and reinforces the importance of connectivity to accelerate economic growth, increase the competitiveness of the Brazilian economy and promote social inclusion,” Conexis said in a statement.

The entity also stressed the importance of measures that encourage investments by companies and help expand the population's access to telecom services.

During the electoral process, Conexis submitted to the campaign teams proposals for the sector in a document entitled ‘Brasil + Digital’.

These include, among others: the creation of a program to connect low-income families to the internet via tax exemptions and direct subsidies; fairer taxation, especially in comparison with over-the-top (OTT) and streaming companies; and the exemption of PIS/COFINS social welfare taxes for the entire 5G infrastructure and services chain.

Also, it called for regulatory simplification and “isonomy in the face of the new balance of the digital ecosystem” to encourage the sector's self-regulation; and the creation of a special secretariat of digital transformation, to be under the presidency and tasked with “working on the implementation of a competitive and fair ecosystem for the creation and promotion of new technologies.”

Feninfra, which groups telecom infra companies, also congratulated Lula on his election for a third four-year term, which starts January 1. He was previously president from 2003-10.

“The entity hopes that the candidate who returns to the presidency will continue to foster the development of the telecommunications sector, especially in the implementation of 5G technology, as occurred in the current administration, and to encourage digital connectivity, especially in the poorest regions of the country,” Feninfra’s president Vivien Suruagy said in a statement.

According to the entity, for this process to occur “heavy” investments in infrastructure will be needed, which will require a reduction in the tax burden on the sector.

Feninfra also said that it expects the new government, together with the national congress, to lead “the much-needed reforms for the development of Brazil.”

Want to read more information about Brazil's transition from an ICT perspective?