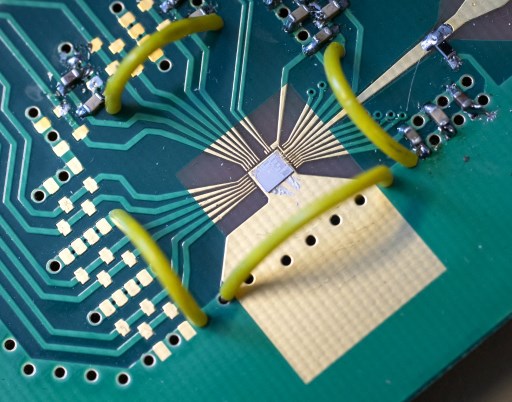 The contractual terms and values were not disclosed. According to Multi Pro, the ONTs will allow Sky to provide end-customer speeds between 200Mbps and 400Mbps. Sky expects to end the year with its fiber service available in 60 cities, up from the current 20.

As previously reported, Sky is also relying on the fiber network of Brazil’s FiBrasil to support its fiber-to-the-home deployments.

ScaleX aims to facilitate the financing of enterprises through public offerings that are exempt from registration with securities regulator CMF.

All 15,244 shares in Osoji were awarded to retail investors, said the startup, which received advisory from InnovAmerica for the financial operation.

Osoji said it aims to use the proceeds to consolidate its presence in Mexico and the US.

Brazil’s stock market operator B3, responsible for the São Paulo stock exchange, announced the acquisition of Datastock, a data startup focused on the stock management of vehicle vendors.

The deal was closed for 50mn reais (US$9.39mn) in cash and could reach up to 80mn reais depending on the achievement of certain operational goals, according to B3.

Argentine edtech Fidu raised US$5mn in a seed round led by US fund Lightspeed Venture Partners.

The funds NFX, Imaginable Futures and Broom Ventures also participated in this initial round.

The startup provides technology for the automation of the main operational processes at educational institutions, including billing, expense management and communication with families.

The company plans to use the proceeds to expand in the region, namely in Mexico and Colombia.

Latin American datacenter newcomer Layer 9 has broken ground on a 96MW datacenter campus in Guanajuato, Mexico, the hyperscaler announced in a LinkedIn publication.

It was not clear whether the site is part of the Falcon 9 project announced earlier this year, comprising a five-building datacenter campus close to the city of Querétaro, although that appears likely.

The entire Falcon 9 project is estimated to require over US$1.7bn in investments, as CEO Michael Ortiz told BNamericas previously.

The first phase of Falcon is due to go live in 3Q23.

Swiss-based SoftwareONE, a provider of end-to-end solutions for software and cloud technology, inked a contract with Brazil’s Cortez Engenharia, one of the main construction companies in the country dedicated to building wind farms.

Under the terms of the deal, Cortez will deploy SoftwareONE’s MTWO construction cloud platform to integrate all areas, increase operational efficiency, enable real-time monitoring of works and optimize budgets, acquisitions and cost control.

The project is scheduled to be completed in the first quarter of 2023, SoftwareOne said.

New York-based company Oxio reached 350,000 active lines on its platform in Mexico, the first country where it went live with its telecoms-as-a-service (TaaS) offering, Oxio said in a statement.

Oxio’s platform consists of a white-label solution that enables companies to go live with a mobile service and effectively become a mobile operator for end-users – a sort of enabler of MVNOs, or MVNE.

The company said it has expanded its workforce in Mexico by 40% this year. it added that it has also prepared plans to physically enter other Latin American markets.

Its main clients include Alacel and Rappi.

Oxio also said it is already working with multilatinas present not only in Mexico, but in Colombia, Argentina, Brazil and Chile.