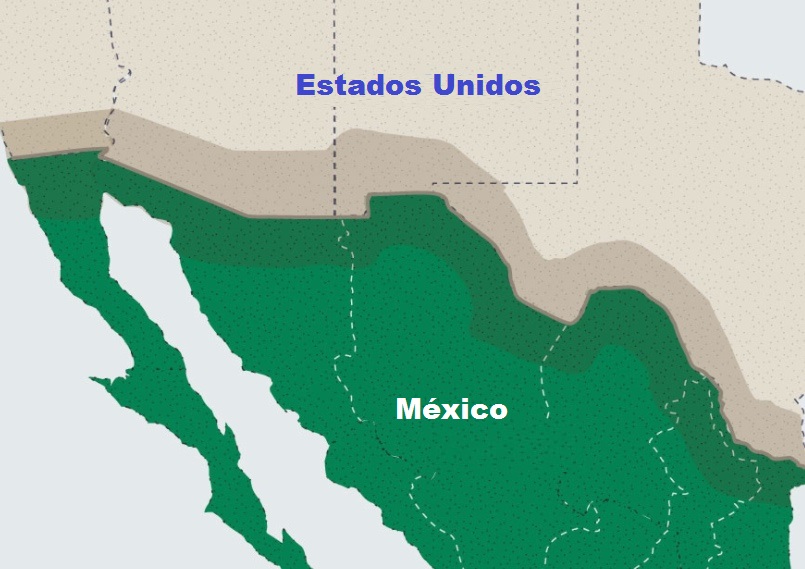 The North American Development Bank (NADB) is seeking innovative health and environmental infrastructure projects within the US-Mexico border region to qualify for its approved US$200mn recovery program meant to mitigate the economic fallout from the coronavirus pandemic.

Funds for the two-year program were made available to create a positive economic impact on both sides of the border, NADB managing director Calixto Mateos-Hanel told BNamericas.

Projects can range from water and wastewater treatment plants to hospitals. They can also be public, private or a combination of both, and they do not necessarily need to be ready, just have a solid and feasible idea that can be financed by the bank, he said.

“Usually, we have to take each project to the board of directors so it can be analyzed and approved. In this case, we’re going to be able to develop projects according to how requests come to us, a macro program,” Mateos said.

So far, the bank has received at least three proposals from the Mexican side of the border.

One involves the expansion of a sugar refinery in Mexicali, Baja California state, with state-of-the-art technology to make it energy and water efficient.

Another is for the expansion of a hospital in San Luis Río Colorado, Sonora state, that will require a new building with solar panels and a water and wastewater treatment system.

The program does not have a limit on how much a project can receive.

They can qualify for US$1mn but also US$10mn or US$15mn, depending on the proposal, Mateos said, adding that approximately 10-20 projects could benefit from the program.

Originally announced on May 21, the recovery program also includes US$15mn for technical assistance, advisory services for participants and debt financing for municipal and state governments.

That assistance is broken down into two.

“US$12mn is for technical assistance programs, which would be very low rate loans at almost zero percent. These [have to be repaid] and are limited to up to US$1mn per case,” Mateos said.

The remaining US$3mn, however, is non-repayable and has a limit of US$500,000 per case, but only applies to municipal and state governments.

The program can also “refinance existing debt on environmental infrastructure or public entities, such as water utilities,” NADB said in a statement.

Usually, the bank does not refinance debt, but this financing is meant to help municipal and state governments, Mateos said.

Participants also receive advice from the financial team, which helps them align the project.

The binational bank also has some other ongoing and new projects on its radar for 2020 from its institutional programs.

“It’s going to be around US$100-150mn for this year distributed in about four or six projects,” NADB infrastructure financing and financial services director Carlos Carranza told BNamericas.

In Mexico, “almost all the projects are in operation. Very few are under construction, except for the rehabilitation of the Chihuahua [wastewater] treatment plants, which we’re financing,” he said.

Rehabilitation and upgrade works for the northern and southern wastewater treatment plants in Chihuahua state are estimated to need US$14.7mn and financing was approved last year by the bank, according to its website.

“The bank's portfolio is strongly located in Mexico … We financed the Ensenada desalination plant in [Baja California]. We have also been overseeing projects on the Tijuana river, the collectors, helping with the non-reimbursable funds assistance program to improve them,” Mateos said.

On the Tijuana river, NADB is helping rehabilitate four sections of the Colector Poniente sewage line, which requires estimated investment of US$10.5mn and is expected to be completed in July, the managing director said.

The approximately 1,874m rehabilitation project was certified in May 2019 and will benefit 87,000 people in the area, according to the bank’s website.

Other projects on the river are currently being tendered, he said.

Also underway is a study for a wastewater treatment plant in Punta Banderas in the southern part of Tijuana in Baja California, Mateos said.

And on May 21, the bank said in a statement that its board had approved a US$6.8mn environmental project in Baja California.

For Tamaulipas state, the bank is helping conclude a study to rehabilitate the sewage network in the Arroyo del Coyote basin, The project is expected to start in 2021.

NADB confirmed financing for at least seven projects in 2019, according to its website.

Since the bank was created by the two countries in 1994, when the North American Free Trade Agreement (NAFTA) was signed, NADB has contributed about US$1.8bn in financing for 144 infrastructure projects.

The bank also expects to grow its presence and role in the region with the ratification of the new US-Mexico-Canada trade agreement USMCA, Mateos said. 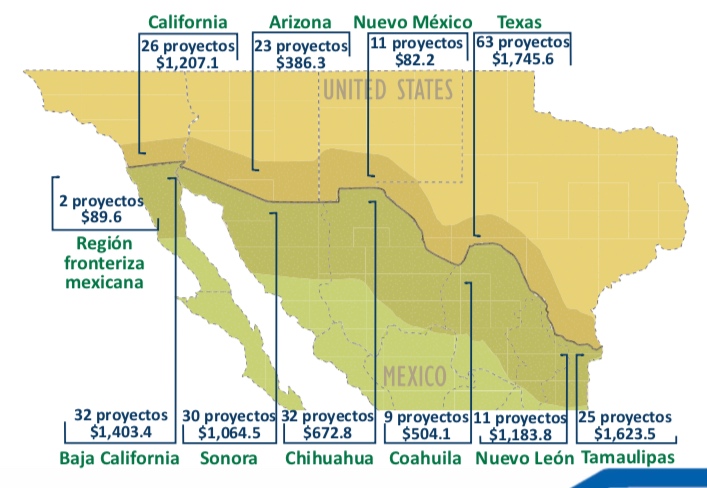 Gene Towle, managing partner at Softec and real estate expert, told BNamericas why the industrial parks planned for the Tehuantepec isthmus are not...