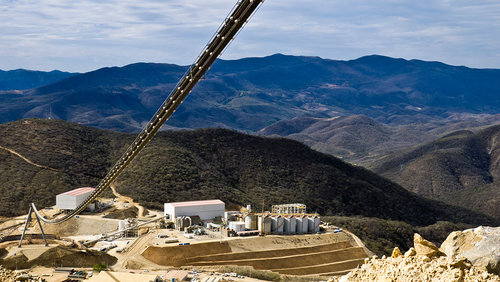 A lack of quality projects and entrenched management attitudes are holding back M&A activity in Latin America’s gold and silver mining sector.

While investors want to see consolidation in the space, many projects are failing to live up to expectations or are overpriced, while management teams are hampering deals by prioritizing their own survival.

But there are two things that are slowing down M&A activity.

“The first is a lack of discoveries and of projects that represent good value,” Turnbull added.

Company leaders claim many projects don’t meet their criteria or deals don’t satisfy market expectations, because the stocks are expensive, while management teams looking for buyers may overvalue their assets.

“They have an unrealistic view of some of this stuff,” Turnbull said. “There’s also a lack of no-brainer projects out there that are super solid.”

While there are exceptions, the other issue holding back M&A activity is the entrenched attitude of management, focused on which team will survive following a merger.

“No-one seems anxious to put their self-interest aside and get a deal done knowing they’re going to be out of a job. That continues to be an impediment,” Turnbull said.

Despite the challenges, the region has seen a string of M&As in 2022, dominated by Gold Fields’ US$6.7bn offer for Yamana Gold, one of Latin America’s top gold producers with mines in Chile, Argentina, Brazil and Canada.

On the asset acquisition side, at least seven deals worth a combined US$323mn have been advanced in which Mexican mines or projects changed hands over the past six months, including Endeavour Silver’s purchase of the Pitarrilla silver project and Bear Creek Mining’s acquisition of the Mercedes gold mine.

Deals may continue to be struck where management teams are less entrenched, or where interim CEOs are in place, and where single-asset companies are involved.

“Things like that will be part of the next wave of consolidation, and then single-asset companies that can be consolidated into a larger entity to mitigate jurisdictional risk and just the very nature of a single asset,” Turnbull said.

One potential M&A target is Torex Gold, with the El Limón-Guajes (ELG) mine (in picture) in Mexico’s Guerrero state, which has been a hotspot for violence involving drug cartels for many years.

Torex is advancing its US$848mn Media Luna gold project on the same property as ELG.

“I’ve always kept my eye on Torex, it’s always something companies will look at, and if they can bring it into a larger portfolio where Guerrero is not front and center, that would make sense for someone,” Turnbull added.

Torex CEO Jody Kuzenko told BNamericas previously that she plans to grow the company in part through acquisitions, although the current focus is on advancing Media Luna.

Mexico is the world’s biggest silver producer and Latin America’s top gold miner, with Peru second for both metals within the region.