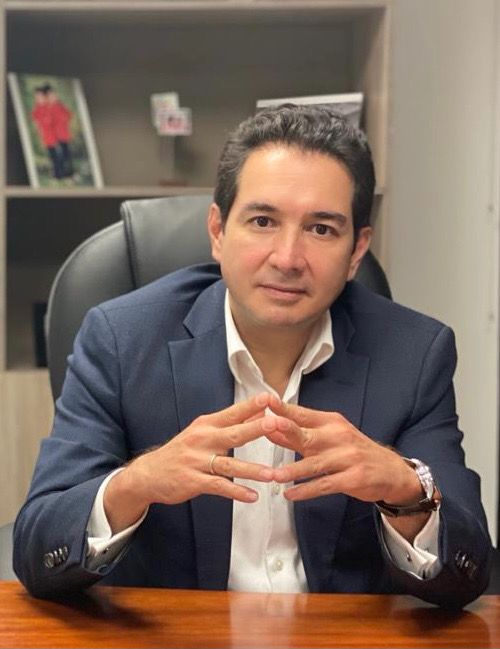 Colombia, the world's fifth largest coal exporter, will next year have to address the effects of the country's recently approved tax reform, which, among other things, prevents mining companies from deducting royalty payments from their income tax bills.

In addition to the economic effects that this will have on the coal industry, the sector is also facing the impacts of the global economic slowdown and further reforms that the government of President Gustavo Petro may carry out.

In this interview with BNamericas, Carlos Cante, former deputy minister of mines and current president of coal producers' federation Fenalcarbón, gives his views on the Colombian mining industry in general and coal mining in particular.

BNamericas: What are the main challenges facing the Colombian coal industry next year?

Cante: The main challenge has to do with the global economic slowdown that will deepen in 2023 and will mean a decrease in volumes of energy demand in general, so we will have to see the implications for thermal coal and also for steel production and its effects on metallurgical coal and coke.

One of the fundamental indicators of the decrease in the rate of economic growth at the global level is demand for energy and steel, so we're uncertain about the depth of the recession and how the international trade volumes of both thermal and metallurgical coals will decrease, as well as the impact it will have on prices.

While it is true that this type of uncertainty is common for commodities, at the local level we have to add the uncertainty regarding government policies. Every statement, every opinion of officials from the various ministries generates uncertainty about the performance of the sector.

The main challenge we have is that of politics and the so-called economic transition. We're awaiting the guidelines that will be given in the national development plan and in the different public policy tools, since they could have an impact on the competitive development of the sector.

The tax reform is clearly the first point that seriously affects the competitiveness of the sector and is a factor restricting its development.

BNamericas: Has the uncertainty already generated adverse effects regarding investment in coal and coke?

Cante: We're seeing a pause in investments. There are projects that we see have slowed down.

Normally, large-scale mining has to advance with the renewal of equipment, heavy machinery, and this hasn't been seen yet, in addition to the fact that we still have a serious problem in the global supply chain. If the decision to make investments aren't made now, the machinery will surely take about 18 months to arrive.

In medium- and small-scale mining there are close to 1,000 mining titles in the interior of the country that should normally be carrying out investments in order to grow. Underground coal mining has to invest every day and we see small and medium-sized miners awaiting the development of the new government's policies to continue advancing with their investment plans.

BNamericas: What are the main export markets for Colombian coal and coke at the moment?

Cante: The thermal coal export market is quite diversified. Colombia is exporting a bit more to Eurasia (Turkey) due to demand, but also a lot to India (bituminous coal) and countries like China and Central America, Brazil and Mexico.

Regarding metallurgical coal and coke, our main trading partners are Mexico and Brazil, but we're also exporting to Europe. We're the main non-European exporter of coke to that continent. There are even exports to Africa. Colombian coke is doing very well.

BNamericas: What is the expectation at the moment regarding the behavior of prices?

Prices will remain high in the coming year for thermal coal. We accept the forecast of some agencies that speak of US$250/t of thermal coal.

The international market for metallurgical coal and coke has dropped a lot due to the impact of the decrease in steel production volumes, especially in July, August and September. We expect the figures to recover in the remainder of the year. But global demand for metallurgical and thermal coals will certainly be lower next year, to which is added the fact that prices have been falling.

Our expectation is that prices will remain around US$300/t for coke and US$200/t for metallurgical coal, but international competition is going to be much greater due to lower demand.

BNamericas: How are the coal mines and projects in Colombia doing right now?

Cante: We've exported coals from the interior of the country, which is normally the basis of national consumption. Given the high prices, these coals became competitive for export, something that rarely happens in the price cycles of this mineral.

Cante: But we're talking about not very encouraging prospects for the short and medium term. I'd say more in the short term. It shouldn't be forgotten that mining is designed for the long term.

BNamericas: Taking into account the current uncertainty, what can Colombia expect for the mining sector in general?

Cante: I have very few expectations about the possibilities of new projects during this administration or the expansion of projects that involve additional environmental licensing.

I think there will be a somewhat complicated scenario, especially for projects that require a permit from the national environmental licensing authority.

The government has announced an increase in inspection requirements, from the technical, mining and environmental point of view, and that will surely be felt in the development of mining activities.

There's too much uncertainty because there are no clear messages from the authorities that allow us to say that it will be possible to develop new mining projects. I see it as very difficult. If it's been difficult under governments that have openly considered that mining activity contributes to the economic development of the country, then it's much more the case under this government, which has serious doubts about the economic and social contribution of the industry.

I don't think that we can think about new project developments or new titles under this government.

BNamericas: There's a lot of talk about the energy transition. Could that encourage strategic mineral projects?

Cante: I'm not optimistic that this discussion can take place and we maintain the spirit of promoting strategic minerals for the energy transition, but the number of public policy tools that the national government is promoting, such as the new law on territorial organization, the changes to the national environmental system, the inclusion of new citizen participation mechanisms in environmental licensing, the approval of the Escazú agreement, among others, will make permitting impossible, so that will remain a dead letter.

BNamericas: What is expected in the short term from the reforms to the environmental code that the government is talking about?

Cante: A type of law of that level of technical complexity that reaches a level of discussion that goes beyond the technical orbit and includes more elements that have to do with the social aspirations of the territories and communities could surely end up being a law that, instead of organizing the mining sector, ends up disorganizing it.

We could end up with a large number of community rights to develop small projects that are inefficient from a technical, mining and environmental point of view and which don't even contribute to improving the living conditions of the population.

The Colombia plans of Cordoba Minerals

Want to read more information about 'Colombia has coal for 200 years'?