'Too often Latin America has failed to provide certainty' 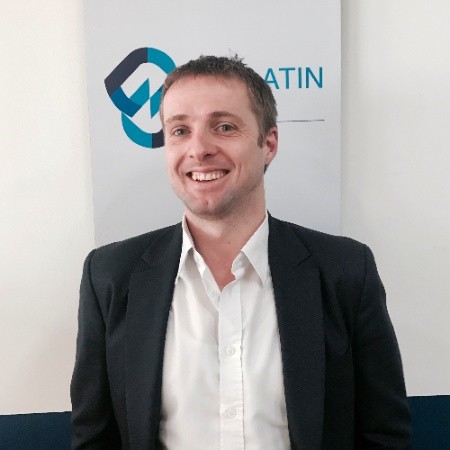 Latin American countries need to provide more certainty in their energy policies in order to attract foreign investment, according to Craig Dempsey, CEO and co-founder of Biz Latin Hub, a company specialized in assisting both local and foreign firms in doing business in the region.

Dempsey talked to BNamericas about new investment opportunities in Brazil, Colombia and Mexico after the recent general elections and described some of the challenges facing new companies wishing to enter the region.

BNamericas: What can we expect in terms of new policies for the energy market in Brazil under Jair Bolsonaro's new administration?

Dempsey: We can expect more divestments from Petrobras so it can focus on its expertise: exploration and production in deepwater areas. This move has already started. Even in the upstream area, we could see Petrobras, heavily indebted, invite international oil companies [IOCs] to operate its capital-intensive deepwater fields through farm-outs. But, with that said, Bolsonaro will remain careful and cognizant of the need not to upset his nationalistic voter base.

BNamericas: Has interest from foreign energy firms in the region changed after recent elections in countries such as Brazil, Mexico and Colombia?

Dempsey: The new governments in Brazil and Colombia are seen as business-friendly and have been welcomed broadly by the investor community. It remains early days for Brazil, but Duque in Colombia has continued to present a positive image for foreign investment, although against a backdrop of political uncertainty associated with the continuing peace process and near breaking point strain on public services associated with the significant influx of Venezuelan refugees.

Whereas in Mexico the situation remains more complex; while the new president was very vocal against the energy reform on the campaign trail, he has since pledged not to reverse it since being in office. Although privatization of oilfields will be suspended for a while, there will still be many investment opportunities in the upstream value chain.

BNamericas: What will activity in mergers and acquisitions in Latin America be like in 2019?

Dempsey: Colombia is now a mature market, at least onshore, and we should see a steady stream of transactions in 2019. Depending on Bolsonaro's decisions, we could see an opening for farm-outs in Petrobras' deepwater assets. They're challenging assets given technical and union legacies, but their production potential will certainly attract some of the biggest IOCs.

In Mexico, while I expect no new oilfields to be auctioned this year, the secondhand market shall remain very active. We should see more transactions for the offshore assets, but a lot of M&A activity with the myriad of smaller onshore blocks that were awarded in the past four years.

BNamericas: What are the most promising markets in the region this year?

Dempsey: Guyana, while not technically a Latin American country, is likely to gain significant investor attention in 2019 on the back of the massive Exxon discoveries. The country could possibly become a leading energy producer within the region, which would further establish Latin America's credentials as a leading powerhouse for energy production globally.

Depending on the decisions made by the Bolsonaro government, Brazil could return to be a very attractive investment opportunity. Investors are in a wait-and-see mood for Mexico's opportunities, they need to assess López Obrador's first months in the presidential office, knowing it is the first time ever his Morena party has run the country.

And of course, we can't forget Colombia, a country rich in natural resources. For the market to flourish, there will be a need for improvement in the security situation and greater governmental support to secure the social license to operate in local communities.

BNamericas: What are the main challenges for energy firms to enter Latin America?

Dempsey: There's the political factor: the energy sector for many countries is the life-blood of the government, providing its single largest source of revenue. In turn, it's often heavily influenced by political affairs. That uncertainty creates a real challenge for the industry, where decisions are often made on the decade-long horizon.

The business and regulatory environment is also challenging. Most countries in the region operate within a legal system that often involves more legal steps, processes and authentications then perhaps foreign investors are familiar with.

Security is also a concern since many energy projects are located in isolated regions that are only partially controlled by the state or heavily influenced by criminal or third-party factions -a problem highly visible in Mexico with the almost daily events of oil theft.

In addition, most projects in the region face obstacles associated with local and indigenous community support. So far, energy firms have struggled to find the right formula to address the social licensing of their projects.

BNamericas: How does the corruption issue affect the interest of firms that want to enter the region?

Dempsey: It's a concern for international investors, chiefly those operating under the strictest standards. All the regional governments vow to tackle this issue, but the results are often mixed.

In Brazil, everybody is waiting to see the actions undertaken by justice minister Sergio Moro, the Lava Jato probe prosecutor. In Mexico, President AMLO made the fight against corruption the main theme of his campaign. He started off spectacularly against gasoline theft. It's too early though to assess the results of this campaign and of his actions against corruption in general.

Similarly, in Colombia, the government has been vocal in the need to fight corruption, although real change on the ground is yet to be seen. Nevertheless, anecdotally there appears to be a groundswell of support from everyday people within the region on the need to fight corruption, to the extent that in Colombia there was a referendum on the issue and people voted for the implementation of various anti-corruption measures. This bodes well for the long-term future of the region.

BNamericas: What needs to be done in Latin America to promote the attractiveness of investment?

Dempsey: It'0s always back to the same concept - certainty. Too often, the energy industry is subject to rule changes, while to thrive and compete in attractiveness with other regions it needs long-term certainty in its governing laws, in the concrete application of the rules and in the tax schemes that enable decades-long investment.

Too often, Latin American countries have failed to provide this certainty, vital for the development of its fantastic reserves.

The standout announcement on energy from the Three Amigos Summit showcases the opportunities that an integrated green hydrogen market could generate.

Want to read more information about 'Too often Latin America has failed to provide certainty' ?