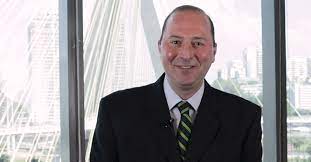 The result of Brazil's presidential election could affect the speed of implementation of the agenda of infrastructure concessions and PPPs in the country, but no significant change of tack is expected.

Brazilians go to the ballot box on October 30 to vote in the second round of the presidential election, either for right-wing President Jair Bolsonaro or leftist former president Luiz Inácio Lula da Silva.

According to the most recent polls, Lula remains the front runner, but his lead over Bolsonaro has narrowed in recent days, pointing to a close result.

Alexandre Pierantoni, the head of corporate finance and M&A area in Brazil at international risk consulting firm Kroll, talks with BNamericas about the likely business environment in the country for next year.

BNamericas: What is your outlook for the infrastructure agenda in Brazil in 2023?

Pierantoni: Infrastructure has been one of the pillars of development in Brazil in recent years and the trend is that this will continue to be the case in the coming years, as the government is convinced that this [concessions, PPPs] can be a great source of funds.

The concessions were extremely important to attract strategic players and financial players to the infrastructure sector, so I continue to believe that this agenda will remain strong in the coming years.

BNamericas: Do you expect any changes in the infrastructure agenda if Bolsonaro wins a second term or Lula comes in?

Pierantoni: Obviously, we should see one giving a little more emphasis to concessions than the other, but whoever is will be elected will tend to see concessions in a very positive manner.

From the moment that then-president Temer [Michel Temer, president between May 2016 and December 2018] established the PPI [the federal investment partnerships program], a strong relationship was created in terms of the agenda between the federal government and investors.

With the PPI, Brazil started to structure projects in sequence and this helped to show the connections that existed between all infrastructure assets, between ports, airports, highways, energy, among others.

That said, I maintain a positive view of infrastructure in Brazil, whatever the government is.

BNamericas: In addition to continuing this agenda, what additional steps would Brazil need to take in terms of infrastructure to attract more investors?

Pierantoni: Brazil needs to position itself internationally in a better way.

There's a large volume of Infrastructure projects in Brazil, but they're not that big compared with China, India. It's necessary to work on structuring even bigger projects, because it's the same task to think big as to think small.

But in addition to this consideration of larger projects, more advances are also needed in regulatory issues and also the focus on ESG aspects, especially for Brazil on issues related to the environment.

BNamericas: Regarding the infrastructure agenda of the states, which also had elections in October, do you expect any changes?

Pierantoni: It will depend who is taking over the government of each state. If governments are more to the right, the trend will be towards a more accelerated agenda.

In São Paulo, for example, if former infrastructure minister Tarcisio de Freitas is elected, we should have a more aggressive agenda in terms of concessions.

BNamericas: Talking about M&A activities in Brazil, what are your expectations?

Pierantoni: 2022 has shown a similar performance to 2021, despite the more challenging context related to interest rate hikes, political uncertainties, supply chain disruptions, world inflation, the Russian war in Ukraine. M&A operations have been supported by local investors in Brazil.

If we look at M&A activity around the world, we can see that it has dropped by around two digits this year, which is not the case in Brazil, where last year's level has been maintained, even in an environment of lower liquidity.

Despite all this international turmoil, and internal turmoil because of the election, inflation in all countries, all these disruptions, Brazil performed better than other countries in terms of M&A.

In Brazil, there are multiple sectors, so M&A activity isn't so concentrated in just a few sectors of economic activity.

BNamericas: What is your estimate for the volume of M&A operations?

Pierantoni: I think that by the end of the year we'll reach 1,600 transactions announced, which is the level that was seen in 2021.

It's important to say that in recent years, the number of transactions in Brazil has changed. Until 2018, we had annual M&As at around 800 transactions per year, then we went to 1,000 and now 1,600.

We have M&A activity that has been heavily influenced by technology and logistics in recent years.

BNamericas: What is the expected scenario for M&As for 2023?

Pierantoni: Regardless of who is elected president, I see Brazil having an attractive position in the international market.

We may have a new change in the level of transactions in 2023, because there is money backed up to invest in Brazil. There are tailwinds in Brazil, although the uncertainties around the world remain high.

But it's also important to say that there are uncertainties about what economic policy will be adopted by whoever the president will be.

People have more debt – interest rates will remain at this high level until the middle of next year and we have already reduced inflation pressures, such as energy and gasoline prices.

Also, on the negative side, I don't believe that next year we will have major economic reforms. I don't see a major tax reform, for example, as a priority in congress.

Talking about the positive aspects for M&A activity, I can already see that there's an appetite for IPO operations. There are between 20 and 30 IPOs already being planned for next year. IPOs are positive, as they generate a virtuous circle for M&As.

I would say that in 2023 we can expect growth of around 15% to 20% in the volume of M&A transactions versus 2022. But it's important for the capital market to remain active for this to take place.

The governors of São Paulo, Minas Gerais and Rio de Janeiro presented their states’ priority projects to President Lula at a meeting that included ...

Want to read more information about What's in store for Brazil's infrastructure agenda in 2023??