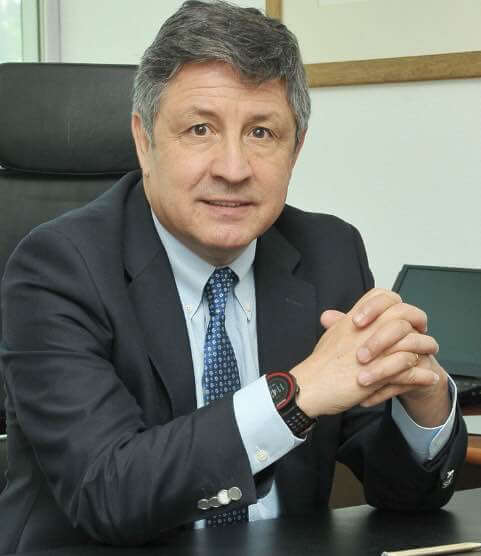 In the wake of Chile’s record drought, desalination has emerged as a promising solution.

However, regulations remain ill-defined, while questions regarding water rates linger and legislative initiatives are stalled in congress.

BNamericas talks to Lionel Quezada, director of Latin American desalination and water reuse association Aladyr, about the main issues and the desalination market.

BNamericas: How do you evaluate the regulatory and investment landscape regarding desalination?

Quezada: I can only comment on the Chilean reality. I think that right now we are in a very particular situation, with a drought that has dragged on for almost 14 years.

Therefore, the challenge is to find additional sources for water supply. When thinking about that, two alternatives immediately arise: desalination and water reuse.

From the technical point of view, there are elements to make investments, and the most tangible proof is the fact that there are already desalination plants in the mining sector with total capacity of around 10m3/s, while important sanitation companies like Aguas Antofagasta and Aguas Nuevas offer desalinated water for human consumption.

This shows there is a critical mass, the technology and engineering exist to develop these projects. Today's task is to promote, through entities such as Aladyr, public policy and a regulatory framework that allows sustainable, reliable development of desalination and reuse, which does not yet exist.

There is a desalination bill, but the task is to be able to collaborate with authorities and stakeholders so these policies can be implemented in the short term.

And I say 'short term' because if you start a project today, execution is going to take seven or eight years. I don't think we can get to 2030 without concrete solutions in regulation.

BNamericas: Why is the desalination law being delayed?

Quezada: The chunk of the debate related to the business model of desalination projects.

Some believe this should only be promoted by the State, and [others] say it should be in private hands. There is also a more conciliatory sector that promotes public-private participation.

My opinion is that all paths are valid, and that it will depend on the area of the country, the type of market and the type of client one wants to reach, because supplying desalinated water to a mining project is not the same as supplying water for human consumption.

BNamericas: Although stopped by the current government, the previous one wanted to create a water resources department to enable the public works ministry (MOP) to develop desalination concessions. Is that a viable alternative to promote desalination?

Quezada: It is a viable alternative, but in the end, what the previous government wanted to promote has to be reconciled with what the current government wants, and that accounts for the challenge we are seeing as a country.

The drought is not going to wait for the government in power.

BNamericas: How to avoid that rising water bills become a sociopolitical problem if desalination and reuse costs are passed on to users?

Quezada: That is one point of the business model that was discussed in the desalination bill, and it is fundamental.

There are all kinds of opinions, but multipurpose plants, with differentiated rates, could be an alternative depending on the clients. In this scenario, you could have a large mining client as a main stakeholder to support a large part of the project, which would allow users who cannot pay as much, such as farmers or real estate projects, to reach lower costs.

We have to find a way to take care of that difference, and there are already some who are targeting such projects. But for all this to prosper, we return to the previous line of the regulatory framework and public policy.

This should be a state policy, and there we have seen good signs from the MOP in our meetings and a couple of desalination projects will advance in 2025.

There is awareness around looking for a solution; the key point to resolve is the business model. These are things we have discussed, but we have not taken action as a country.

The current government has been in place for a relatively short time, but we have seen positive signs in several ministries.