Bnamericas Published: Friday, January 30, 2004
Commercial & Retail Banking
Chilean bankers met Thursday (Jan.30) to set their agenda for this year, which includes greater focus on small and medium-sized enterprises (SMEs) and a push for a partial elimination of the interest rate ceiling. A lack of information is a problem when granting loans to the SME segment and this year the banking industry will seek to design a special and simplified process to facilitate such lending, the chairman of Chile's banking association ABIF, Hernan Somerville, was quoted as saying by local financial daily Estrategia. SMEs still have highly limited access to bank loans but they are very important for the Chilean economy in terms of output and employment, research analyst Ivan Rojas at local financial group CB Capitales told BNamericas. In the case of the interest rate ceiling, Somerville said the ABIF has given up on a total elimination of the measure due to strong political resistance and will instead this year push for the scrapping of the cap on loans of above 5,000 UFs (Chile's inflation indexed peso-denominated monetary unit), some US$142,000. The association is also seeking a ceiling that differentiates between different loan products, he said. The Chilean bankers also agreed to push for the ending of a tax on electronic transactions to boost the use of electronic payment options, and to reduce the widespread and expensive use of checks. Somerville said the banks themselves would continue to modernize their payment systems to improve efficiency and profitability. The ABIF said total lending at private banks last year grew 4%, compared to 2002. The association also gave an upbeat 5% growth forecast for the Chilean economy this year. The private banking sector's lending is likely to rise by more than 4% this year due to a better performing economy that will have a positive impact especially on commercial lending to companies, which will be more willing to invest this year than in 2003, Rojas said.

Chile’s seven AFPs have around US$200bn in assets under management.

Despite an expected rise in the non-performing loan rate, local banks should not face major solvency issues and continue to outperform their peers ...

Other companies in: Banking (Chile) 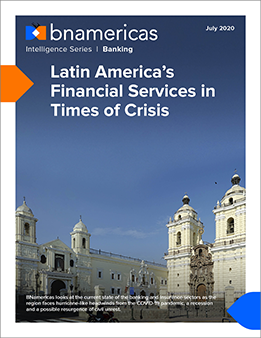 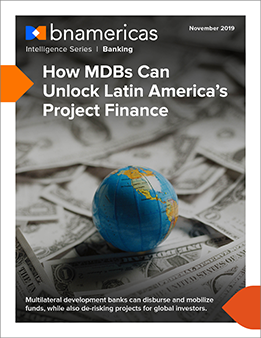 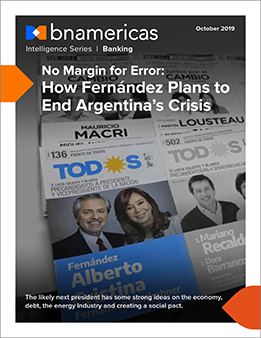 No Margin for Error: How Fernández Plans to End Argentina's Crisis
US$199
Total to pay:
Selected item:
Secure payment system.

Want to read more information about Bankers set agenda for 2004?