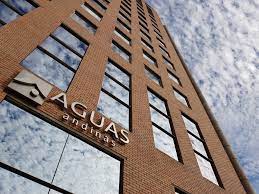 This is a machine translation of the Aguas Andinas release originally published in Spanish.

The main environmental services company in the country, Aguas Andinas, completed its international rating process with the agency Standard & Poor's, obtaining the highest rating with 'A-', which adds to the local ratings issued by Fitch and ICR at AA+. This occurs in the context of seeking new financing opportunities at international level, where the company has focused throughout the year on achieving this category, which has been made public by the rating entity and is an important milestone because it shows its solidity.

The general manager of Aguas Andinas, Marta Colet, highlighted that this important achievement "is tremendous news for the company, as it is a clear reflection of our commitment to the development and progress of the country in a stable and transparent regulatory environment, as has been over the last decade. Chile continues to be home to high-quality, financially sound and attractive companies for the international financial market and, in our case, despite facing the worst drought in history, we have managed to carry out a robust investment plan that will allow us to have a more prepared and resilient city despite the climate emergency and, at the same time, continue to provide a safe service for citizens”.

This classification is the highest granted for a non-state corporate company in Chile. Meanwhile, only two others have been awarded this rating, as is the case of Codelco and Metro, both of which have State support.

At a regional level, Aguas Andinas is also positioned and consolidated as the first company in the utilities sector to obtain this international rating.

In its analysis, S&P highlights Aguas Andinas' generation of stable and predictable cash flows for the coming years due to its regulated nature and even considering the company's ambitious investment plan to face the direct impacts of climate change. It is worth noting that the company has stated that it hopes to maintain the investment rate of recent years with the aim of alleviating the effects of the drought and facing future adversities, including extreme weather events.

Additionally, the report from the international rating agency highlights the operational efficiencies that the utility is carrying out, with the aim of mitigating inflationary impacts on its costs as a result of the global context, efficiencies that leverage a growing Ebitda and a net debt to Ebitda of 3.5 times.

How making construction greener could get cheaper

Want to read more information about Aguas Andinas obtains 'A-' rating from S&P?