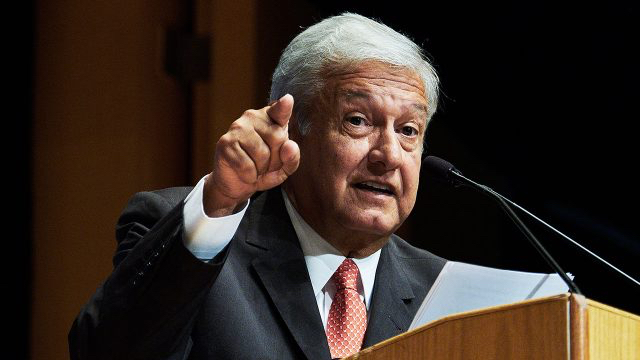 Construction of the controversial El Zapotillo reservoir in Mexico's Jalisco state will proceed under the government of president-elect Andrés Manuel López Obrador (AMLO), who takes office on December 1, according to a legislator.

Federal lawmaker Beatriz Manrique, who represents neighboring Guanajuato state, wrote about AMLO's intention to continue with the project on her twitter account shortly after attending a meeting AMLO held with local politicians.

"An announcement by the president-elect draws applause from legislators of all parties: El Zapotillo dam will continue," Manrique's tweet reads.

Speaking to reporters, AMLO said that "the issue with El Zapotillo dam will be solved so that León can be supplied water," without providing further details.

The Zapotillo project entails the construction of both a dam and its corresponding pipeline to supply potable water to 400,000 people in Jalisco state, as well as to León, the largest city in Guanajuato state.

The works are being developed under separate contracts, which proved to be controversial from the beginning.

In the case of the 411Mm3 dam, work began in late 2009 but has been halted for the past few years with the dam wall's height at 80m due to a court order. The order was the result of a legal challenge filed by residents of three localities that will be flooded if the height of the reservoir is increased as proposed by the Jalisco government.

The works are the responsibility of Spanish construction companies FCC and Grupo Hermes, as well as Mexican firm La Penínsular, and require around 10bn pesos (US$532mn).

As for the pipeline, construction is also stalled after Spanish firm Abengoa, the concession holder tasked with building the project and its subsequent operation, decided to walk away from it.

The aqueduct will be used to draw water from the dam, supplying 3.8m3/s to León, 3m3/s to Jalisco state capital Guadalajara and 1.8m3/s to the Altos de Jalisco region.

Federal and local authorities are reportedly negotiating with the firm in order to recover the concession.

Local firm Cipro, awarded the contract for the project design, informed BNamericas that the executive plan for the water pipeline will be completed...

Most of the funding will go to five projects, leaving maintenance works with little resources for 2023, an NGO claims.