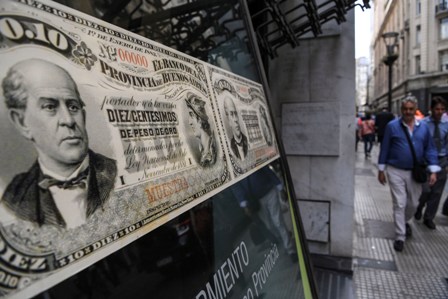 All segments and lines contracted, with the smallest fall registered in individual life, of -0.5%.

Premium growth has been in negative territory since January 2018, according to monthly estimates from watchdog SSN. Inflation was 47.6% last year.

The government has announced tax incentives to help spur growth of the life segment. A factor that partly explains the relative small size of Argentina's life segment is that the country has a pay-as-you-go, or public, pension scheme, which has dampened demand for life products such as annuities.

Last year economic activity in Argentina contracted at its fastest pace since 2009. Data from statistics agency shows activity in December fell 7.0% year-on-year, pulling down the reading for the full year to - 2.6%.

Economic growth is forecast to remain in negative territory this year, although some observers say slim green shoots of recovery are possible in the second half. The government is implementing a fiscal belt-tightening program as part of the country's multibillion-dollar bailout package from the IMF. Measures have helped keep the peso broadly steady, vital to efforts to bring down inflation and interest rates - and spur growth.

In a statement Monday, IMF South America chief Roberto Cardarelli said: "Economic activity has been weak but there are good prospects for a gradual recovery."

Latin America has existing as well as under-construction international power links but the region’s potential in this area far exceeds what has bee...

Who may benefit first from eased capital controls in Argentina’s O&G sector?

Economy minister Martín Guzmán recently announced the measures, under which oil and gas firms are granted access to dollars, a move designed to spu...

Why Argentina will have a hard time achieving its mining goals