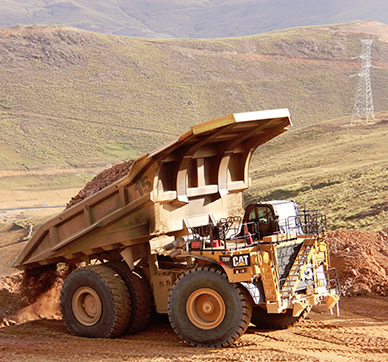 The Bolivian government is hoping that China's Eximbank approves a US$350mn loan in the next few weeks to finance the construction of a zinc refinery in the industrial city of Oruro.

The plant, which was included in the government's 2021-25 economic and social development plan and which is expected to be completed in 2024, would have a processing capacity of 150,000t/y of zinc concentrates, supplied mostly by the companies Colquiri and Bolívar, principally from Potosí department in Bolivia's southwest.

Colquiri is currently working on a project to increase its concentrate production capacity from 1,000t/d to 3,000t/d, with that output going to the new refinery.

The objective of the plant is to obtain around 65,000t/y of metallic zinc for export and to recover byproducts such as silver, tin, lead and industrial metals including indium, gallium and germanium, according to mining and metallurgy minister Ramiro Villavicencio Niño de Guzmán.

At the beginning of this month, a technical committee of experts from China's cooperation agency met representatives and technicians from the ministries of hydrocarbons and energy, environment and water, development planning, public works, labor, and mining and metallurgy, and visited the firms Colquiri, Bolívar and Metalúrgica Vinto.

The report of the Chinese technical committee is a preliminary step for the approval of the Eximbank loan.

Pan American Silver expects COVID-19 to continue limiting production at its Latin American and Canadian assets until 2022, amid uncertainty over th...

During 2020, Pan American repaid the remaining $275.0 million outstanding on its corporate credit facility and distributed $46.2 million in dividen...