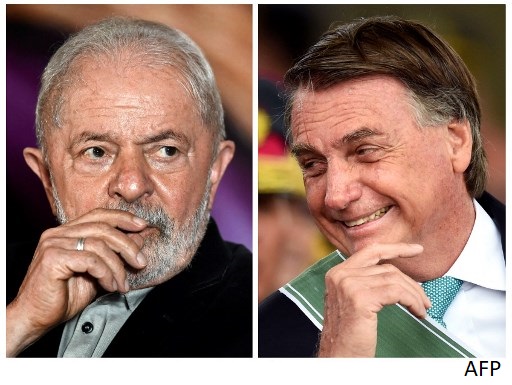 Brazil's next president will be chosen in a runoff vote on October 30, as leftist former president Luiz Inácio Lula da Silva beat right-wing President Jair Bolsonaro in Sunday's general election by a lower margin than polls had suggested.

With nearly all votes counted, Lula obtained 48% of the votes, while Bolsonaro got 43%.

"The result of this first round shows that the anti-left vote in Brazil remains very strong and the election in the second round is a completely open game, with no favorite candidate," Hold Consultoria political analyst André Pereira Cesar told BNamericas.

"If Lula wins the runoff by a small margin, there are great chances that Bolsonaro will contest this election result as he has been threatening to do for a long time."

According to a Datafolha poll published last Thursday, Lula was expected to get 47% of the votes to Bolsonaro's 33%.

Votes in São Paulo – the wealthiest and most populous state, where candidates for state government and the senate who were endorsed by Bolsonaro won or overperformed – were key to the president's better-than-expected performance.

Lula did better in the country's northeastern region, whose low-income population has historically supported leftist candidates.

The election shows the strength of the incumbent candidate. Since the return of democracy and the start of the direct elections in the 1990s, all three candidates who sought reelection – Fernando Henrique Cardoso, Lula and Dilma Rousseff – were successful.

In recent days, some leading figures linked to the center-right have shown support for Lula’s candidacy, notably former economy minister Henrique Meirelles, who is highly respected in Brazil’s finance sector.

But in the end, Bolsonaro's decision to slash fuel taxes, as well as other populist measures in recent months, allowed him to close the gap with the opposition's leader.

In congress, meanwhile, most candidates linked to Bolsonaro and the right-wing won their races, highlighting the strength of the current administration.