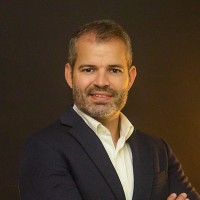 The Brazilian government is establishing stricter criteria to combat irregularities in the mining sector.

In a decree published in the official gazette, the government listed irregularities that if committed by companies can lead to fines of up to 1bn reais (US$192mn) from mining regulator ANM.

"Since 2020, the maximum fine ANM could impose was 30,000 reais. Since then, we have seen changes in regulations that have led to heavier fines in several cases, from accidents at dams to issues related to practices harmful to the environment," Eduardo Leão (pictured), a former director of ANM and sustainability manager of G Mining Ventures, told BNamericas.

"The heaviest fines ANM will be able to impose now are focused on those small mining companies that work more informally, without so many governance rules like medium and major firms," said Leão.

In recent years, the government and the regulator have been pressured by NGOs and even large mining companies to do more to combat illegal mining, which affects the reputation of the entire sector, making it difficult for formal companies to raise funds from global investors.

With the election of leftist Luiz Inácio Lula da Silva, who takes office January 1, certain changes are likely for the mining sector.

"I see a point of certainty and another of uncertainty with the election of the new government," said the former ANM head.

"The point of certainty is that for the environment ministry the signal is that we will have a new minister who will be stricter in terms of environmental licensing for projects. The point of uncertainty, in my opinion, is related to mining on indigenous lands, in the Amazon area. It’s not clear what the new government will do about this," he added.

An agreement was reached with UAE-based Synergy Capital, one of the company’s shareholders, for pre-export financing.

BNamercias talks with the steelmaker's VP, Juliano Prado, about a US$290mn energy bet and the company's sustainability plans.

Brazil mining sector to benefit from war in Europe – minister

Want to read more information about Brazil stepping up fines for mining irregularities?