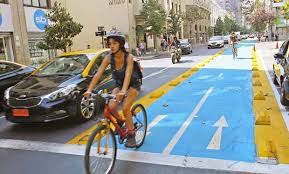 Chile’s regional governments are starting to carry out infrastructure projects of their own, over a year after the first gubernatorial elections took place as part of de-centralization efforts.

But some, like Santiago’s regional government, grapple with low resource availability, according to Gonzalo García, head of the infrastructure and transport division.

The Metropolitan region government has financing agreements with the housing (Minvu) and transport ministries (MTT) and telecommunications regulator Subtel, but it is also open to private investments, García said during a regional infrastructure webinar hosted by the school of engineering.

The administration is also mulling PPPs to achieve its goal of building 800km of bicycle lanes, García said in response to a question by BNamericas. “In no way do we believe that we're capable of executing all those kilometers,” he said.

The social development ministry is expected to approve the first stretch this year, so works could start in 1Q23.

In March, governor Claudio Orrego told BNamericas that he planned to create a metropolitan transport authority that handles the metro, buses and commuter trains in the capital, as opposed to national entities such as MTT and state-owned rail firm EFE.

In Araucanía region, preparations to set up an infrastructure division began in 2018 to facilitate the transference of competences from Minvu and the public works ministry (MOP).

Now, the regional government is planning to invest 22bn pesos (US$21mn) in water projects this year and the same amount in 2023, the head of Araucanía’s infrastructure and transport division, Luis Loyola, said.

Loyola added that governor Luciano Rivas demanded swifter project execution, as most rural water and electricity projects take a decade due to red tape. “The big challenge is to assume regional leadership regarding public infrastructure and transport issues, and for decisions to be made at a regional level rather than in Santiago,” he said.

Jetsmart has added the plane with the lowest CO2 emissions in South America to its fleet, while Airbus aims to have a zero-emissions plane by aroun...