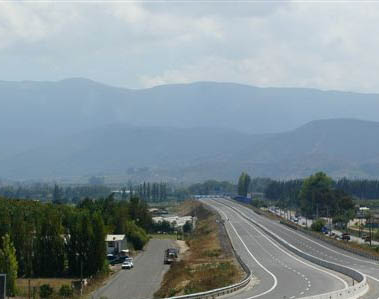 The tender for the concession of Chile's Ruta 66 highway, dubbed the Camino de la Fruta (the fruit road), has been hit by a new delay, as the public works ministry (MOP) pushed back the bid opening dates for the US$550mn project to May 31 for technical offers and June 26 for economic bids, documents show.

The original tender for the concession was launched in October 2017 with a US$650mn budget, but after several delays the MOP slashed its budget by US$100mn back in August, citing lack of interest in the original project.

After the tender was resumed in October, the bid opening date has been pushed back twice.

The decision was prompted by a request from the companies interested in the 40-year concession, sources from the MOP's concessions division were reported as saying by daily El Mercurio. According to the MOP website, so far 19 firms have purchased the full bidding documents.

However, the new delay caused concern in the central O'Higgins region, one of the areas expected to be benefited by the project.

The head of the local chapter of the national chamber of commerce (CNC), Rodrigo Zúñiga, told El Mercurio that the association and the protection and development corporation of Rapel lake have requested an interview with public works minister Juan Andrés Fontaine to discuss the issue.

Zúñoiga said that the Ruta 66 concession should be prioritized over other road projects in the region, saying that it is a necessary development considering other ventures such as the US$1bn Las Leñas tunnel leading to Argentina.

The concession entails widening and conservation works on 144km of roads between the intersection of Ruta 66 and Ruta 5 Sur in O'Higgins, and on the access road to the port city of San Antonio in Valparaíso region.

A previous concession was cancelled at the concessionaire's own request, citing cost overruns related to the mitigation measures set out in the environmental qualification resolution.

In this regard, Zúñiga said that residents at Las Cabras municipality are opposed to the project.