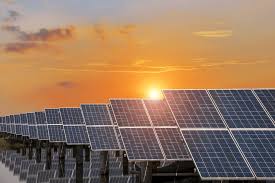 The developments include associated 220kV, 230kV and 500kV transmission infrastructure that will link them to the national grid, national licensing authority ANLA said.

The announcement means ANLA has now approved 20 non-conventional renewable energy projects as it seeks to wean Colombia off fossil fuels and hydropower.

"The companies presented their studies and environmental management plans ... meeting technical and regulatory requirements that ... establish their viability," the entity said.

The largest project is the 300MW Puerta de Oro solar park, in the municipalities of Chaguaní and Guaduas in central Cundinamarca department.

Owned by Bogotá-based Grupo Solari, the complex is expected to require investment of US$180mn.

It will cover 430ha and includes complementary works for a booster substation, according to permitting documents.

Another project approved by ANLA is the Guayepo III photovoltaic plant in Atlántico department on the Caribbean coast.

Slated for the municipalities of Sabanalarga and Ponedera, it will cost US$214mn and includes an associated 500kV transmission line.

The Guayacanes photovoltaic project in Boyacá and Santander departments will also boast installed capacity of 200MW. Spanish developer TW Solar plans to invest US$109mn to complete the solar park, which will be built on 118ha of land.

The development will include a 230kV power line connecting it to the national grid via substation La Sierra.

The fourth project to have a license approved by ANLA is the Andrómeda solar park in Toluviejo, Sucre department.

The license also paves the way for the construction of a 220kV transmission line to the Toluviejo substation.

With the entry into operation of the generation projects during the year 2022, the net effective capacity of the system closed at 18,777 MW.