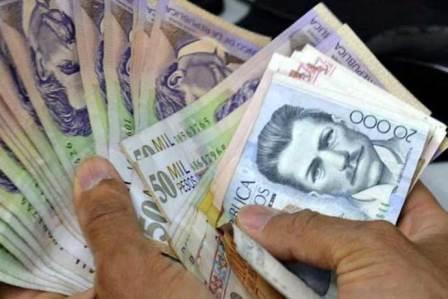 Colombia's finance ministry Tuesday stated it was issuing a clarification to a recent regulatory decree tied to the national development plan that would force more than 1 million workers to pay taxes on income made from voluntary savings and from AFP accounts.

One measure in the decree detailed that funds that go to housing savings accounts (AFC) and voluntary contributions (AVC) made to AFP accounts would count as taxable assets.

"In order to clarify the tax treatment of AFC accounts and voluntary pensions, the national government made the decision to present an interpretive article in the discussion of the national development plan that maintains the benefits of exempt income and protects those who have those accounts to enjoy tax benefits," said finance ministry in a statement.

Elements of the confusing regulatory decree were included in the recently passed financing law, despite strong opposition to the article during debates.

In an interview with BLU Radio, lawmaker Christian Garcés, a proponent of the national development plan, attempted to clarify the issue.

"What happened was that in the text of the financing law there may be a lack of clarity that is generating the confusion that now exists," said Garcés.

"There is an error in the text. That is true, the law was not clear, there is a text error and that is why we are going to put an article that clarifies this situation."

"The problem originated in the processing of the last tax reform when it was omitted to include the AFC accounts and private pension funds in the list of exempt income."

As the legislation previously stood, AFC and AVC contributions were tax exempt as long as individuals used the funds for the established purposes; that is, improvement of retirement benefits or to purchase housing.

BNamericas provides takeaways from executives who participated in an event panel on solar power.

Petro and petroleum: What's next for Colombia's oil and gas sector?