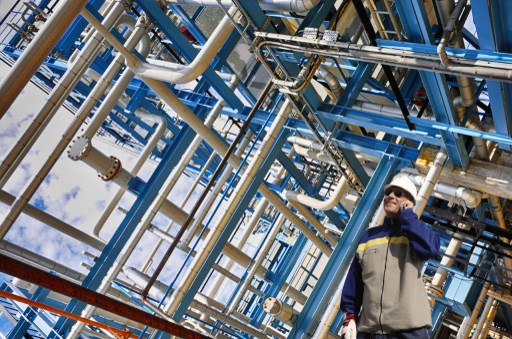 Major credit agencies see the recent moves at Braskem Idesa (BI) as clearing away key political risks and paving the way for an eventual end to its feedstock supply problems with Pemex.

Both Moody's and Fitch responded positively to the Brazilian-Mexican joint venture's announcement that it had renegotiated its ethane supply contract with Pemex, as well as plans to build a US$400mn ethane import terminal.

“The announcement regarding the new terminal and the renegotiation of the supply agreement with Pemex are positive for [parent] Braskem and [its JV with Grupo Idesa],” Moody’s lead analyst for BI, Carolina Chimenti, said in exclusive comments to BNamericas.

“’[The deal] reduces the uncertainties regarding the supply issues in Mexico,” specifically with regard to BI’s US$5bn Etileno XXI petrochemical facility in Coatzacoalcos, Veracruz state, she added.

Fitch Ratings gave similar rationale in its decision to revise its BI rating watch to 'positive' from 'negative' on Wednesday, saying the amended contract terms “reduce uncertainties regarding business sustainability and profitability levels, which should remain strong throughout the petrochemical cycle.”

Fitch added that they expect the agreement to benefit BI’s financial flexibility, allowing “the company to pursue its strategy to change its quite restrictive project finance debt for corporate debt.”

“The [contract] amendment significantly reduces most immediate political and operational risks, as observed during 4Q20 when BI had to halt operations for 29 days due to lack of natural gas and political disputes,” Fitch said in a statement.

Under the amended agreement Pemex will now be expected to deliver a minimum of 30,000b/d (barrels per day) of ethane, down from the original 66,000b/d, once both boards of directors approve the deal.

Tensions had been building for years between Pemex and BI, with the state-run oil company’s mounting difficulties in meeting its ethane supply commitments under the contract in place at the start of the plant’s operations in 2016.

Ethane feedstock supply in Mexico gradually shrank over the next few years, forcing Pemex to limit ethane supply to feed its own production lines just to meet its quotas with BI.

And this was before last year’s pandemic shock sent demand soaring for single-use plastic items and packaging.

The deal also stipulates the new arrangement to last until the start of operations of a new US$400mn ethane import terminal scheduled for the second half of 2024, or by February 2025 at the latest.

“The new terminal will allow Braskem Idesa to import ethane at a competitive scale and cost – complementing the existing 'fast track' solution put in place today, which does not have competitive freight costs, reducing the company’s reliance on Pemex to increase capacity utilization at its plant,” Chimenti told BNamericas.

Braskem Idesa completed the expansion of what it dubbed the “Fast Track” project in December 2019, as an alternative means of sourcing feedstock using last-mile ground transportation to offload foreign cargoes of ethane feedstock arriving at Veracruz port, cutting out Pemex as an intermediary.

With respect to capex, Chimenti added that while “there are no details about the funding structure for the US$400mn in required capex at this point … we believe Braskem Idesa will try to seek solutions that do not harm its balance sheet and liquidity.”

Chimenti added, “The new solutions were not the ones initially contemplated in the Mexican complex project and will have an impact on Braskem Idesa’s profitability and leverage, which will be below that initially designed when the project was announced.”

With that impact, Fitch sees BI’s free cash flow remaining negative by US$60mn, US$80mn and US$17mn, respectively, in the next three years.

The agency, however, said that BI does expect to find a partner to help finance the project with a 60/40 debt/equity ratio split, “which could alleviate this pressure on FCF.”

Since March, when the country had five projects in development on the Pacific coast, it has added three more and made significant advancements with...