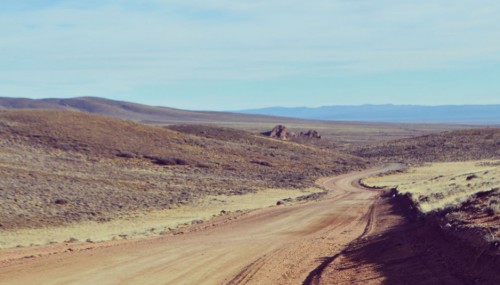 A bill which allows public legislative hearings on mining zoning in Argentina's Chubut province has failed to advance and remains undebated in the province's lower house of congress after several months.

In November, the chamber of representatives in Chubut was supposed to hold several public hearings with environmentalists, academics, scientists and public officials to discuss which areas of Chubut could be opened up to mining activities, but the debates have still not taken place.

According to local newspaper El Chubut, the provincial government sent a message to lawmakers to temporarily halt the bill that paves the way for these legislative public hearings. This bill and the reforms which propose a change in policy in favor of mining in the province are thus still waiting to be discussed.

Chubut governor Mariano Arcioni said that it would be positive for the legislature to approve the bill on public hearings.

Although the provincial executive branch cannot interfere in this process, "holding public hearings on everything related to the community - not just mining - is good, because it encourages participation and debate," Arcioni was quoted as saying by local radio station LU17.

At the beginning of December, Chubut's chamber of commerce, services, tourism and industry (Camecch) was formed and they publicly insisted on approval of the bill that opens the door to legislative public hearings.

"This is not only an environmental issue, which is obviously important. There are also economic and social aspects to consider. It's not mature to leave the concept that mining merely pollutes. We should have a serious debate on the basis of environmental, social and economic issues, and also to increase future development," chamber chairman Carlos Montenegro was quoted as saying by El Chubut.

Camecch is not the only organization that supports mining in Chubut. Throughout 2018, the chamber of suppliers and mining entrepreneurs (Capem), the federation of Chubut entrepreneurs (Fech) and the industrial chamber of Puerto Madryn (Cima) also promoted activities to spark discussion of mining development in the province.

BNamericas talks to Adolfo Durañona, a lawyer and partner at Baker McKenzie, about the details of the legal framework and the opportunities in the ...

Approval of the Inflation Reduction Act in the US will drive lithium demand from the electric vehicle industry, with Latin American countries well ...

Are silver miners turning a corner on carbon emissions?

Want to read more information about Debate on Chubut mining still on hold?