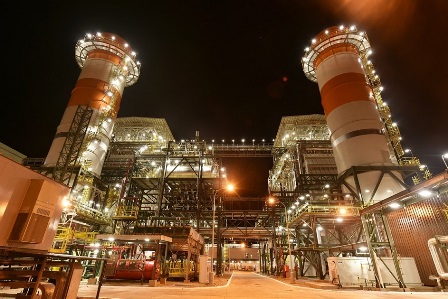 Brazil’s Eneva is expected to soon launch a tender for the construction of its Azulão gas-fired projects in Amazonas state.

The engineering, procurement and construction (EPC) contract will encompass the thermal and gas treatment plants, in addition to a power transmission line and substation, two sources close to the matter told BNamericas.

It is not yet clear if the contract will be for a single supplier or if it will be divided among different companies.

The Azulão complex involves the Azulão I, II and IV power plants, with total installed capacity of 885MW and estimated capex of 5.8bn reais (US$1.06bn).

Azulão I sold capacity at Brazil’s first backup capacity tender held by electric power watchdog Aneel in December 2021, while the two other units were the winners of the second backup capacity auction carried out in September.

For Azulão II and IV, Eneva is likely to opt for turbines in combined and simple cycles, which is deemed as the most suitable solution for thermal plants with a high inflexibility rate.

According to the tender rules, the plants hired will have an inflexibility rate of 70%, which means they will be operating during 70% of the contract period.

But, during the wet period between December and March – when Brazil’s hydroelectric storage levels are higher – the rate must fall to 35%, which presents a challenge for the technology.

“It’s difficult to turn combined cycle turbines on and off very often, since it’s a process that requires a long start-up time,” one source said.

On the other hand, Azulão I is 100% flexible, and Eneva is still studying the most adequate technology for the undertaking.

A potential advantage offered by suppliers of engines is that they offer full-EPC solutions for the projects.

Meanwhile, Global Energy Partners is analyzing the technology to be adopted for its Manaus I thermal plant, in partnership with Sener, as reported by BNamericas.

After this first stage, the company will launch an EPC tender for the 163MW, 783mn-real plant.

How Vestas is expanding its business in Brazil