Fracas over Brazil emergency power tender far from over 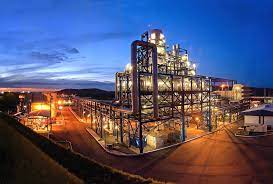 The fracas involving thermal power generation projects contracted at Brazil’s emergency tender in October 2021 is still far from being resolved.

Dubbed the simplified contracting procedure (PCS), the auction was held in October amid supply problems due to a severe drought that culminated in the worst situation of water availability seen for 91 years.

The original deadline for these projects to begin commercial operations was May 1, but several undertakings were delayed and received more than 1.7bn reais (US$320mn) in fines, according to local electric power commercialization chamber CCEE.

On Tuesday, sector regulator Aneel denied a request for exclusion of liability presented by the owners of the thermoelectric plants EPP II, EPP IV, Rio de Janeiro I and Edlux X, in order to justify delays in the implementation of the projects.

Representatives of the four plants attributed the delays in the delivery of the works to the alleged slowness in environmental licensing, setbacks in the delivery of equipment due to the COVID-19 pandemic, and the delay in the release of the equipment by Brazilian customs, due exclusively to the strike of the federal revenue service (RFB).

But, Aneel's directors considered that it was not proven that external factors other than the agents' conduct meant that the contracts could not be fulfilled.

With this, Aneel declared non-compliance with the effectiveness clause that had authorized Âmbar to use an existing plant (UTE Cuiabá) to meet the contract.

The national association of energy consumers (Anace) considers that Aneel's decision is correct, as the plants failed to comply with the public notice and contractual obligations.

“For their protection, they [Âmbar] proposed a precautionary measure to the regulator, requesting the substitution of the delivery of the contracted energy by a third party [UTE Cuiabá], an extraneous party to the relationship and, by the rules of the PCS, was impeded from assuming such obligations,” Anace said in a statement.

According to Aneel’s press office, three other projects have also been fined for not complying with the original schedule: Povoação 1 (NK 129 Empreendimentos e Participações), Viana 1 (Termelétrica Viana) and Linhares (Linhares Geração).

“For these cases, an administrative appeal was filed, which is under analysis by Aneel's board of directors,” a press officer for the watchdog told BNamericas.

Meanwhile, the Barra Bonita Óleo e Gás group filed an appeal with Aneel requesting an exclusion of liability for the delay in the operation of the Barra Bonita 9W gas-fired plant, in Paraná state.

"The local environmental agency took more than 90 days to issue the license and there was still a strike by the internal revenue service in the ports, which delayed it by another 15, 20 days," Walfrido Ávila, CEO of Tradener, which holds a 75% stake in the consortium, told BNamericas.

According to the executive, although the plant started operating on July 13 – still within the 90-day deadline – Aneel considered that operations only began in October, after endorsement by national grid operator ONS.

"The ONS made a series of technical requirements for tests that are not appropriate for a system at a voltage of 34.5kV. Later they themselves acknowledged this," claimed Ávila.

Meanwhile, the Barra Bonita group is not being paid for its generation by the CCEE.

“I understand that this is not right, because we did everything correctly. I don't believe that Brazil won't respect the investor,” Ávila said.

Karpowership’s floating thermoelectric plants Karkey 13 and Porsud II, which have been mired in environmental controversies, are now scheduled to begin operations on October 31, according to Aneel.

“The company is following the administrative procedures, complying with all the rules and regulations of the authorities, respecting all the Brazilian legislation,” the Turkish firm’s press office told BNamericas.

And Rovema Energia’s RE TG 100 02 01 plant in Santa Catarina state has no scheduled start-up date due to “deployment infeasibility,” according to Aneel.

The company claims that the postponement of the operations of New Fortress Energy’s Gás Sul LNG regasification terminal (TGS), located in the state, had affected its project.

In December the country reached the milestone of 16GW.

Powering up: How Brazil's Unicoba is growing sales of energy storage systems

Want to read more information about Fracas over Brazil emergency power tender far from over?