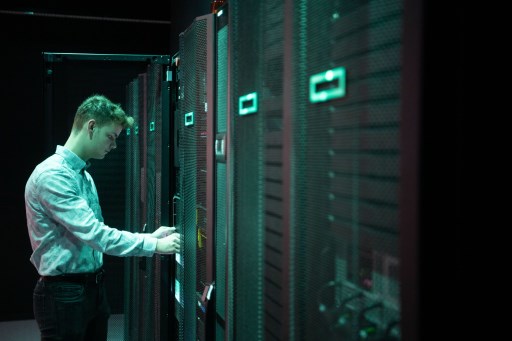 Florida-based datacenter group HostDime is upbeat about demand for use of its newly opened Nebula datacenter, a 6,500m2, tier 4 facility located in a tech park close to Colombian capital Bogotá.

With 6MW of projected capacity, Nebula reportedly required an investment of US$24mn.

After Brazil, Chile and Mexico, Colombia is the new apple of the eye for the industry. Equinix just announced a project for a second Colombian datacenter, while Brazil’s Odata already operates in the market and other players have announced plans to enter the country.

Asked about this competitive landscape across the region, Mendes said that "there's demand for everyone."

"We have our differences, we focus on slightly different niches. And we are, for example, among the few to have a strategy of having all sites with tier 4 certification.”

HostDime claims that Nebula, which is located in the Tocancipá free trade zone, is one of the most modern and powerful datacenters in Latin America.

The five-floor facility is designed to support over 800 racks and has 6MW of power capacity. The company said it is targeting a PUE ratio of 1.4 or less.

“The group went through a process of global strategic restructuring. In this process, we prioritized Colombia, the US and Mexico to develop three hyperscaler sites [one in each country]. And then we should resume the edge datacenter strategy for the main metropolitan regions, including in Brazil," said Mendes.

In Mexico, the company bought land for a second datacenter in Guadalajara. The group already operates a tier 3 datacenter in the city. HostDime is now talking to different contractors and providers, as well as negotiating the power supply to the project before initiating construction, the executive said.

Looking ahead, the company plans to have two new datacenters in Brazil's northeast: one in Pernambuco state capital Recife and another in Bahia capital Salvador.

In the meantime, HostDime is advancing in the retrofitting and upgrades of all its existing sites to match the requirement levels of tier 4 certification, having already signed a contract with the Uptime Institute for these works, COO and CTO Lucas Montarroios told BNamericas.

In Brazil, the company this month concluded construction of a distributed generation photovoltaic solar plant to supply power to its edge site in João Pessoa, Paraíba state. The plant is expected to go live in November,

Located in the city of Pilar in Paraíba, the solar park is in an area of 12,000m2, with more than 2,000 photovoltaic modules. It is expected to generate an average of 122,500kWh per month, equivalent to the consumption of over 800 households.

HostDime’s João Pessoa site currently has a 40% occupation rate, according to Mendes. The group usually begins the expansion or construction of an additional site when the occupancy rate reaches 75%, the Brazilian CEO said.

The projects for both the plant and the João Pessoa datacenter (electrical) were carried out by a Campina Grande-based industrial engineering firm.

The solar plant will provide 20% more than the energy necessary to supply the datacenter. All of this entire power will be injected into the grid of local distributor (Energisa Paraíba), generating discounts on HostDime's monthly bills.

“This [solar power] surplus was a strategy. Until more or less the first half of 2023, corporates can rely on certain tax incentives for distributed generation,” said Montarroios, referring to changes in generation incentives in Brazil.

“Because of this, it's very hard to get solar panels in the market at the moment. This 120% [of total supply] guarantees us some comfort and redundancy,” Montarroios added.

Under firm energy obligations signed with regulator Creg, EPM must be ready to start generating electricity from the plant's first two turbines by ...

Colombia: The Minister of Mines and Energy reported that the decrease in electricity rates in the country has alrea...

IDB Invest, Bancolombia Will Support Solarpack in the Development of Two Large Photovoltaic Parks in Colombia