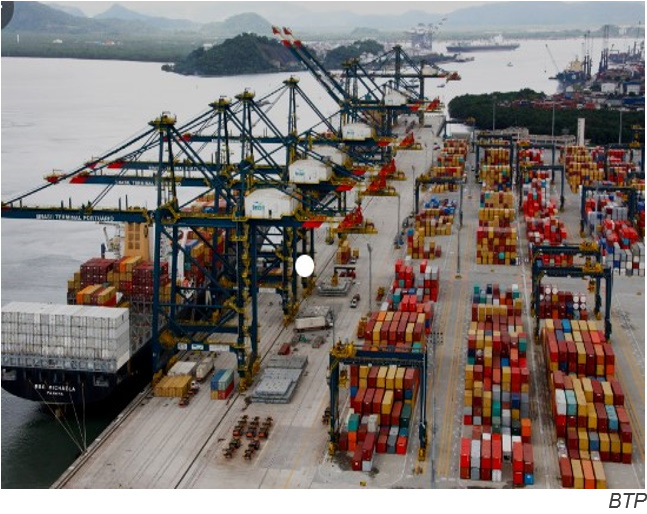 Dubbed Estatísticas Online (EO), the business intelligence tool was entirely developed by port technicians on top of Microsoft's Power BI software, Bruno Tolino, port planning superintendent, said in reply to a BNamericas question at a conference to present the system.

Investment in the platform, which began to be developed this year, was not provided. According to Tolino, however, the amount is "insignificant" since most of the resources were related to SPA’s in-house workforce.

For the system’s development, SPA received input from companies operating terminals at the port, such as Brasil Terminal Portuário and DP World, as well as the Solve Shipping consultancy.

SPA said the plan is to constantly improve the platform to make EO a tool with data updated practically in real time.

"We operate with a maximum six-hour lag between cargo handling and the database that we have internally at SPA. But we want to get this down to the shortest possible time,” said Bruno Stupello, SPA’s director of business development and regulation.

Estatísticas Online will make monthly data available on the 15th of the following month. The previous consultation system will remain available until the end of December. As of January, all cargo handling data will be available only on EO.

The system has a summary dashboard with monthly and annual comparisons and movement records, including by cargo type.

Historic information on cargo handling by berth, type of cargo and by terminal, among others, going back to 2005, will also be available, said SPA.

At present, the information available is for cargo movement only. The platform is standardized to connect, in future phases, to the databases of regulator Antaq and the infrastructure ministry.

The system, initially available in a beta (trial) format, can be accessed here.

The new BI tool comes live as SPA is up for privatization.

The sale process of the port administrator is advanced and the tender terms are under final analysis at audit court TCU, but its launch is now likely to slide into 2023.

As a result, the privatization is at risk of not going through.

“We still don’t have clear signals about the position of the government-elect [of Luiz Inácio Lula da Silva], if it is in favor of port privatizations,” the president of port terminal association ABTP, Jesualdo Conceição da Silva, told BNamericas in a recent interview.

Santos accounts for 28% of all Brazil’s trade in goods.

With 15.5km2, the complex comprises 55 terminals, of which 41 are leased and six are for private use.

Also read: The next chapter for Brazil's Santos port

As BNamericas revealed, SPA also plans to file for a license with telecom regulator Anatel to develop its own private 5G network.

SPA is considering three consultancies to develop the network and to work as the project integrator and the port authority’s interface with Anatel for the limited private service license.

The three are CelPlan Brasil, Lynce Consultoria and Brain Innovation.