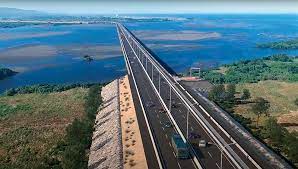 Work is expected to start in the coming weeks on a 4.4mn UF (index-linked unit, US$179mn) road bridge in Chile’s southern Biobío region seven years after it was awarded, following a series of delays related to seismic studies and conflicts with locals.

“I believe the first work on the bridge will probably begin in a couple of weeks,” public works minister Alfredo Moreno was quoted as saying by Radio Biobío, adding that the conflicts between his office and concessionaire Puente Industrial surrounding the cost of the project in the area of regional capital Concepción have been solved.

Last August, the country’s concessions panel said the official budget would have to be increased by 743,047 UF (US$30mn) due to the inclusion of an additional seismic study.

While no decision has been announced by the public works ministry (MOP) on the cost increase, earlier this month representatives from the local logging industry said that a toll increase would be the most likely option.

A rise “would be totally justified by the, now priority or urgent, need to have the [so-called] industrial bridge up and running,” the head of logging association René Muñoz told Radio Biobío.

A source with knowledge of the matter told BNamericas that the updated budget has been submitted to the comptroller to “regularize the project.”

The project entails a 2.5km bridge crossing the Biobío River, plus access roads linking to route 160 in San Pedro de La Paz municipality, and to the Costanera avenue in Hualpén municipality, totaling 6.4km.

The route 160 accesses would also link the bridge with the upcoming Pie de Monte highway, the concession for which is expected to be tendered this year.

The concessionaire, which is owned by Aleática, expects that work on the bridge will be finished by 2024.

Aside from the cost increase, the project has been delayed by issues related to local farmers, who argue that the construction will affect their access to water.

Farmers’ association Horticultores BocaSur argues that the bridge would endanger the region’s “most important vegetable production area” and is currently subject to a lawsuit that seeks to void the project’s environmental approval granted in 2018.

When authorities voted on the project, the session was interrupted several times as locals staged protests outside the regional government's offices and blocked traffic.

The association will also explore opportunities to create value through the development of new highway projects in Colombia, Peru and Chile.

Should Chilean mayors be able to launch infra concessions?

Bureau Veritas starts a new commercial strategy to position itself as a benchmark for renewable energies and consol...

Undersecretary Moreno and Mayor of Juan Fernández call on the GORE of Valparaíso to prioritize connectivity project...

Minister Juan Carlos Bermeo: "The oil industry of Ecuador is committed to the...

Peru mining output down in July

Want to read more information about Light at the end of the tunnel for Chile's Biobío road bridge?