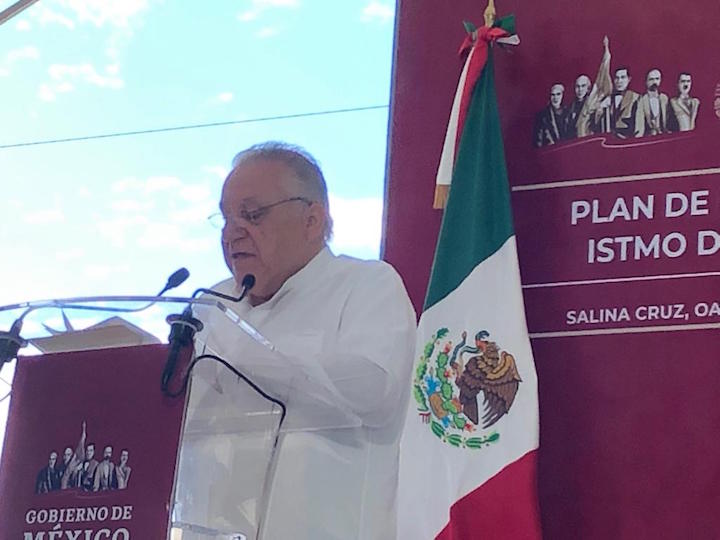 The development of a trade and logistics corridor across Mexico’s Tehuantepec isthmus seems to be advancing as authorities are already making important decisions on some of the projects that will comprise the initiative.

The federal government is planning a 1.7bn-peso (US$90.2mn) investment to rehabilitate the railway linking the ports of Coatzacoalcos, in Veracruz state, and Salina Cruz, in Oaxaca state, of which around 1.1bn pesos will be invested this year. The funds will also be used to correct the line’s gradients, Rafael Marín (pictured), head of the federal authority for the development of the special economic zones, AFDZEE, told local daily Milenio.

The final design containing the suggested amendments to the line is expected to be completed shortly, Marín said.

According to the official, another planned investment amounting to 500mn pesos is expected to be made to expand Salina Cruz port, while an invitation to express interest for the construction of container terminals there and at Coatzacoalcos port has already been submitted to some companies.

The corridor will improve links between Salina Cruz, on the Pacific coast of Oaxaca state, and Coatzacoalcos, a major port in the Gulf state of Veracruz. The project involves upgrading a railway and highway and improving the two ports.

Airport infrastructure in the area will also be modernized and fiber optic lines installed. A gas pipeline will be built in the region and the oil refineries in Salina Cruz and Minatitlán, west of Coatzacoalcos, will also receive an upgrade.

Investment earmarked for the plan this year amounts to over 8bn pesos.

The preparation of the master plan for the trade corridor will be developed by Enterprise Singapore, a statutory board controlled by Singapore’s trade and industry ministry, based on an agreement the state governments of Oaxaca and Veracruz signed with the government of the Asian country earlier this month.

The board will be involved in the preparation of the feasibility studies of the project’s proposed port and rail infrastructure, as well as the industrial hub that will be developed on the corridor.