Over 5mn Venezuelans expected to live abroad by 2021 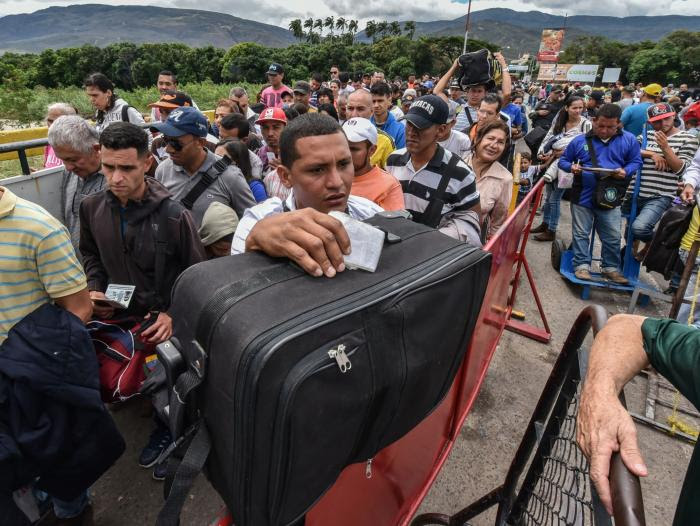 Around 2mn people will leave Venezuela in the next three years amid escalating economic and political turmoil in the oil-rich country, according to immigration and investment consultancy firm Globofran.

During an event in the northern Venezuelan city of Maracay, Globofran CEO Jorge Partidas said 3.41mn people have already left the country in the past decade, fleeing hunger, violence, political persecution and crumbling public services.

The forecast means that by 2021, the total number of Venezuelans living abroad could equate to around one sixth of the country's population.

The Colombian government's migration director Christian Kruger said last week that there are now 870,000 Venezuelans living in the country, with figure rising by around 50,000 every month.

Brazil has also seen an influx of migrants from the strife-torn Opec nation, though on a smaller scale than Colombia. In April, the United Nations said that more than 800 Venezuelans were streaming into northern Brazil every day, mostly seeking asylum.

Despite sitting on the world's largest oil reserves, Venezuela is suffering the worst economic crisis in its history.

On Wednesday, President Nicolás Maduro announced plans to shed five zeros from the near worthless currency in a bid to combat hyperinflation.

As a potential deal between Russia and Saudi Arabia to cut production and stabilize oil markets looms on the horizon, BNamericas takes a look at th...

While some countries will manage the low oil price scenario better than others, all economies in the region will be reshaped by the current dual cr...

President Maduro: Economic recovery will depend on OPEC + agreement

Latin America barreling toward a maelstrom

NEW REPORT: Is Venezuela's oil sector at a turning point?

Nicaragua to vote on changes to anti-money laundering law

Peru mining investment up 25% in March

Want to read more information about Over 5mn Venezuelans expected to live abroad by 2021?