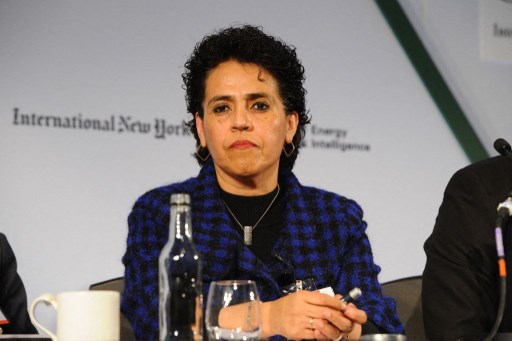 “The potential in Mexico is very large at the international level … 113 billion barrels of oil equivalent,” Porres Luna (pictured) said at Moody’s de México Inside Mexico event Tuesday, just hours before it emerged that she will become CNH head. “Of course, to be able to extract, there has to be the exploration part.”

She added, “you have to carry out studies, drill wells, invest, to take from the exploration value chain to the development part and production. It’s what Mexico needs right now.”

To do so, however, federal oil company Pemex will have to focus not just on conventional onshore and shallow water development, she added. “Most of Mexico’s experience is with shallow [water] and onshore deposits. Most of the technology it’s assimilated is there,” said Porres Luna.

“But more than 50% of [Mexico’s] potential is in unconventional deposits in the north of the country – in Coahuila, Nuevo León and Tamaulipas,” she added, referring to shale deposits that would require the controversial use of hydraulic fracking technology.

“This is critically important to say, even though it gets demonized,” she added.

While President Andrés Manuel López Obrador has declared fracking illegal, there has yet to be a law or regulation clearly forbidding the technology.

In reality, “most of the gas Mexico imports from the US, almost all of it, is from unconventional fields, exploited on that side [of the border],” Porres Luna said.

As such, “more than 70% of the gas Mexico consumes” is derived from fracking, and yet Pemex holds off using the technology. “We have both gas and oil … and Mexico has the potential to be self-sufficient in that sense,” she added.

Porres Luna also said Mexico will have to develop deepwater resources, despite the cost and needed technology. Both endeavors also require particular attention to environmental concerns.

Responding to a question on fracking costs, Porres Luna said while high, they may not be prohibitive.

“The cost of discovery, not of bringing all the way to commercial development, but just that of discovery is really not so high from an international perspective, relatively low really, at around US$4/b,” as deposits have already been confirmed in deepwater plays on the US side of the Gulf of Mexico. “There’s a high probability of finding hydrocarbons,” she said.

The US “is already highly developed and exploited, and there’s geological continuity, geology has no borders. The hydrocarbon content continues into the Mexican [side].”

Also, “with deepwater, it’s very important that you have clusters of development by various consortiums. These consortiums made up of major operators lead to development.”

One of CNH’s most outspoken commissioners, Porres Luna assumed temporary leadership late Tuesday after the resignation of Rogelio Hernández Cázares, an appointee of the current administration.

Cazares' resignation was prompted by a disagreement with Pemex over its decision to hand over the deepwater Lakach field to New Fortress Energy, several outlets reported.

Since March, when the country had five projects in development on the Pacific coast, it has added three more and made significant advancements with...