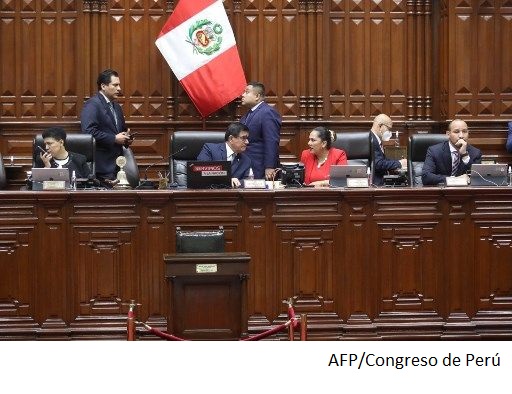 With 101 votes of the 130 lawmakers, Peru’s congress ousted Pedro Castillo from the presidency after he tried to dissolve the legislature and establish a national emergency government that rules by decree, while calling for a constituent assembly to draw up a new constitution.

Several cabinet members also resigned in protest at Castillo’s move, which seemed to have been designed to preempt a no confidence vote in congress to remove him for reasons of “permanent moral incapacity.”

In line with the constitution, vice president Dina Boluarte was sworn in to run the government. Castillo, who took office in July last year, was arrested and faces charges.

"Castillo's decision to dissolve congress was an attempt to preempt congress from closing in on corruption cases, in which his government is clearly involved," Julio Carrión, an international relations associate professor at the University of Delaware, told BNamericas.

Accusations involve graft, bribes and state contracts for companies that supported Castillo’s electoral campaign. "When these illegal actions were discovered, corruption was focused on payments to those who knew about the issue and to hiding evidence and obstructing justice," said Carrión.

"We saw a rollercoaster. From the moment the dissolution of congress was announced, the sol depreciated, and there were consequences for shares listed in the US, but not at the magnitude expected, because everyone thought Castillo’s self-coup would go nowhere," Ricardo Carrión, corporate finance manager of Kallpa Securities, told BNamericas.

Appointing a new cabinet and ratifying the central bank president would stabilize the immediate situation and signal the way forward, he added.

The monthly growth was 9.34% in December.