Peru energy policymaking has been 'inconsistent' 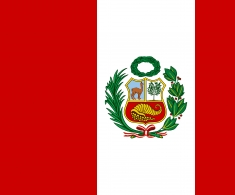 In the last 10 years, energy policy in Peru has been inconsistent, not to say inexistent, and the chaotic results of that are what we see today, according to a presentation by Anthony Laub of local law firm Laub & Quijandría.

He argues that although the sector seems robust, in reality it has experienced very inorganic growth, driven more by politics.

The market is unable to absorb excess supply in the short or medium term, and the only short term alternative is to export surplus and promote new mining projects, said Laub.

He added that Peru's power sector is experiencing depressed prices due to idle installed capacity with a reserve margin of approximately 45%.

The country's effective capacity in 2016 was 12,104MW while maximum load demand hit 6,492MW, according to grid administrator COES.

In the case of hydrocarbons, the lawyer described the oil sector as being in a "comatose" state, and called for its depoliticization, the professionalization of hydrocarbons licensing authority Perupetro and improved norms to recover competitiveness.The state should not look for hydrocarbons, he said.

And although Laub highlighted the growing natural gas market, he pointed to the need of developing new fields and infrastructure to extend its use to other regions.

The Spanish group's exploration acreage in the country had been in force majeure since 2008.

Successful issuance of USD 1,000 million by PETROPERÚ at a historical minimum rate for the completion of the Talara...

‘Combating corruption is more in the hands of the private sector’

Want to read more information about Peru energy policymaking has been 'inconsistent'?