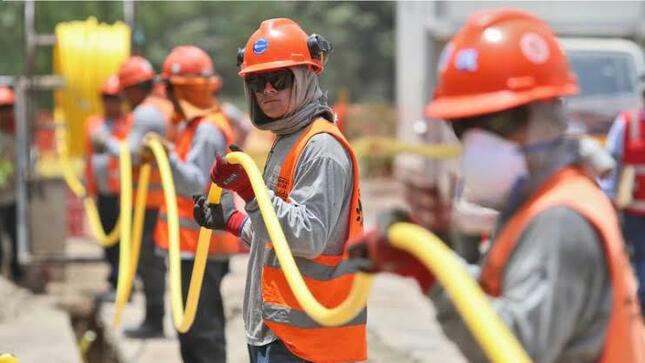 The establishment of a petrochemical industry in Marcona, in Peru’s southern coastal region of Ica, would lead to economies of scale and reduce natural gas prices in the area served by gas concessionaire Contugas.

“We have a great opportunity…a new anchor demand case,” said the executive, who highlighted Peru’s shortage of fertilizer and high international prices for urea.

Campana recognized the difficulty of attracting an investor willing to invest over US$2bn to install a petrochemical plant, and said that among the required steps to advance on this front are the existence of a long-term gas supply agreement and a more streamlined permitting process.

Contugas is supplied by a branch of gas transporter TGP’s pipeline which moves Camisea gas to the coast.

Promigas president Juan Manuel Rojas said “there is still a lot of work to be done to achieve truly widespread use of natural gas” in Peru, and pointed to a drop in upstream investment, lower gas production, stagnating gas transport infrastructure and a fall of proven reserves.

He called for a nationwide flat tariff applicable to all users, greater promotion of private investment across the value chain and stepped-up engagement among stakeholders, including the energy and mines ministry, regulators and the private sector.

Aquiles Mercado, financial and administrative VP at Promigas, said that the monthly gas bill for residential users served by Quavii and Petroperú, which operate in the north and south of the country, respectively, and receive gas via cistern truck, averages US$17 and US$19.

The average residential gas bill for clients served by Cálidda, which operates in Lima and Callao, is US$5.5, added Mercado, who revealed that the cistern trucks traveled 5.8mn kilometers in 2021.

Regarding the flat tariff, Felipe Cantuarias, president of local hydrocarbons industry group SPH, pinned hopes that lawmakers would introduce changes to allow an across-the-board application of the pricing mechanism, but said that some regional legislators have expressed their doubts and claim it would unfairly benefit Lima.

Cantuarias also echoed Rojas’ concerns and pointed to the need of having a flexible upstream royalty structure as the cost of operating in the jungle is much more expensive than on the coast, as well as addressing issues related to the lack of institutional “predictability” and social conflict.

Of particular concern for the industry representative was permitting, with up to four years to secure the go-ahead for exploration versus four to eight months in neighboring countries, according to Cantuarias.

Eduardo González, director of the specialized investment monitoring team at the economy and finance ministry, acknowledged shortfalls on the part of the State but said they are being addressed.

“The State in general is compartmentalized, inaction of officials, fear of making decisions, there is little collaboration with the private sector,” said González.

The Promigas report is available here.

Vice Minister Martín Dávila presented the Indicators and Perspectives of the Electricity Subsector, within the framework of Perumin 35.