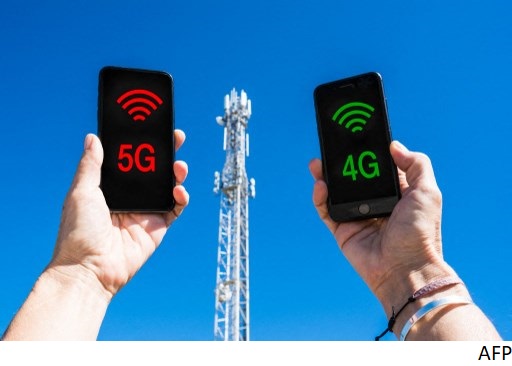 After a series of delays in the first stages of the process, the activation of commercial 5G networks in the 3.5GHz band across Brazil is now expected to run smoothly.

That is according to Leandro Guerra, head of EAF (Siga Antenado), the entity created by the telcos who won last year's 5G spectrum auction to oversee the mandatory investments.

“In the project’s first phase, in the capitals, we had two [activation] deadline extensions due to the delay in the arrival of the filters," said Guerra during a webinar hosted by Conexis Brasil Digital, the trade group gathering the country’s largest telcos.

Filters are necessary to protect ground satellite stations from interference with the 5G signal and the possibility of deadline extensions was foreseen in the tender notice, according to Guerra.

"From now on, in phase 2, the equipment has already been procured and we are confident that we will not have any delay,” he said.

Phase 1 involved the activation of the service in all the 26 state capitals plus federal district Brasília.

The rollout in these cities was postponed twice due to COVID-19 lockdowns in China, semiconductor shortages, air transport bottlenecks and customs clearance delays, which impacted the delivery of the necessary equipment to mitigate potential 5G signal interference on satellite-TV transmissions.

Despite the delays, Guerra said that telcos managed to conclude activation in all the capitals before the end of September, one month ahead of the final deadline.

The next phase is the deployment of 5G in cities with more than 500,000 inhabitants and in metropolitan regions

Telecoms regulator Anatel recently gave the greenlight for the release in January of the 3.5GHz band in 505 municipalities with more than 500,000 inhabitants.

The approval does not mean that 5G will be immediately available in all the locations from January 1, as it will depend on technical conditions and interference-mitigation works.

Filters are not the only issue at play in the 5G timetable.

Deploying 5G hinges mostly on permitting for towers and antennas - and restrictive municipal legislation for antennas licensing was the main topic at the Conexis event.

Anatel’s counselor and board member, Vicente Aquino, told the webinar that "all the benefits of 5G pass through municipal legislation."

There are over 100,000 antennas in Brazil, of which close to 6,900 are 5G ones installed by Telefônica, Claro, TIM, Algar and Brisanet.

While the 5G technology requires many more antennas than 4G, most of them will be attached to existing towers or on small, portable antennas at street level.

“The new installations are expected to prioritize multifunctional poles, small-sized radio base stations and camouflaged antennas in marquees, panels and building façades, as antennas will need to be closer and closer to the users”, said Diogo Della Torres, Conexis' infrastructure coordinator.

Katia Garbin, head of government and institutional relations at Conexis, said that it will not be possible to update the technology without updating municipal legislation.

“All the part that depends on the operator is settled and underway. But it will not be possible to execute if this part [antennas licensing] is not resolved. It requires an agile process at city halls and an adequate legislation," she said.

According to Garbin, it is not up to municipalities to legislate aspects related to fields and transmission signals, but only the use and occupation of the land where the infrastructure will be deployed.

Brazil has a federal antennas law that sets out guidelines for the permitting process by municipalities. And a separate, previous legislation, establishes exposure limits to electromagnetic fields.

Nonetheless, several cities are not complying with the legislation and are even entering into aspects related to signal transmission in their antennas permitting processes.

The federal law also provides licensing exemption for small-sized infrastructure, such as small cells, portable and camouflaged antennas, but many municipalities chose to ignore this.

“When you think about cellular antennas, you don't have to think about 40, 30m telecom towers. The bulk of the antennas will not involve new towers," Garbin said.

In the upgrade from 4G to 5G the industry will largely focus on replacing old antennas with new ones, and should not require municipal permits, according to Garbin.

She called on municipalities to respect the federal law in terms of the length of the permits (not less than 10 years) and added that anything shorter could create investment uncertainty.

Ponta Grossa, in Paraná state, and capitals Porto Alegre (Rio Grande do Sul) and Curitiba (Paraná) have the most adequate rules to support telecom infrastructure, according to Conexis.

The entity looks at hundreds of municipal legislations to assess their adherence to the federal antennas law, as well as aspects related to red tape, costs and the installation process.

“Having modern legislation is the first step towards expanding connectivity, but it takes more than an existing law. Cities need to reduce bureaucracy in the process and quickly analyze permits. This is essential for the expansion of 5G, which will require five to 10 times more antennas than 4G”, Marcos Ferrari, head of Conexis, said in a statement.

Brazil has 342mn telecom accesses and it is the world's fourth largest fixed broadband market, and is the sixth biggest in terms of mobile, according to Conexis.

Employing close to 2mn workers, the sector has invested over 1tn reais (US$189bn) since the country’s telecoms privatization in 1998.