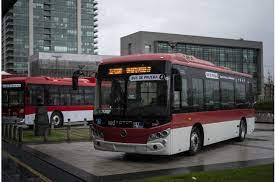 Large scale projects such as the second UPM pulp mill could require senate approval if a bill that is being pushed by far-right party Cabildo Abierto, which is part of the ruling coalition of Uruguay’s President Luis Lacalle Pou, is passed.

The bill stipulates that any contract signed with the State and which requires more than one five-year government period to be developed will need the approval of the upper house.

If the senate does not vote within 60 days after its approval is requested by the government, then the contract will be considered “tacitly approved” by default, daily El Observador reported.

The UPM pulp mill, which is touted as the country’s largest ever private investment and includes the US$1bn Central railway PPP, was part of an agreement signed by the previous government and was criticized at the time by members of the current administration and future members of Cabildo Abierto, which was founded in 2019, for its alleged lack of transparency.

A compensation fund for Argentine public transport will get an additional 2bn pesos (US$13mn) as part of an agreement to prevent a strike by drivers’ union UTA.

The assignment will bring the compensation fund’s resources for this year to 48bn pesos, the transport ministry said in a press release.

Financing for provincial public transport services outside Buenos Aires has been a point of contention between the provincial and federal administrations, with the former requesting more funds and alleging that Buenos Aires metropolitan area is concentrating 83% of transport subsidies.

US$450mn will be invested in an electric bus network concession that will benefit the Greater Concepción conurbation in central-southern Chile’s Biobío region.

A tender is expected for 2025, according to the public works ministry’s (MOP’s) 2022-26 concessions agenda.

The project would entail 27km of corridors and the acquisition of 200 buses and charging stations, the transport ministry (MTT) said in a release.

The conurbation currently has 48.5km of corridors for electric buses, but the goal is to reach 93km.

The operation of the routes will be put out to tender separately by MTT.

The new contracts will emphasize the need to consider climate change, the circular economy and community outreach while developing infrastructure c...