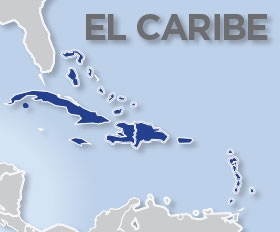 The Cable & Wireless Communications (CWC) merger with Columbus International is reaching the point of no return, much to the chagrin of competitor Digicel, which has been calling on regional regulators to look into the acquisition with a fine-tooth comb.

The US$3.02bn acquisition, which CWC announced in November, was approved by the Barbados' Fair Trade commission. Barbados was the last major roadblock for CWC to obtain full permission to go ahead with the transaction and, according to the Irish Times, it is now only lacking formal announcement by the communications minister.

Barbados follows several other regional regulators in giving the go-ahead to the merger. Trinidad and Tobago regulators approved the deal on Friday and Jamaica, where Digicel has its headquarters, had already greenlighted the transaction in January.

Digicel has opposed the merger since day one, arguing that it contravenes the fair competition conditions protected in the Caribbean telecom market. The operator also criticized the CWC deal, saying that it overpaid for Columbus.

The telco has not been alone in this, with the Trinidad & Tobago communications workers' union opposing the merger. The organization expressed its concerns after Jamaica approved the transaction, arguing that it "smacked in the face of sovereignty of Caribbean countries and speaks of our propensity to succumb to foreign multinationals."

Despite the slew of approvals, regulators had CWC agree to a series of conditions. Trinidad & Tobago told CWC to sell its 49% stake in the state-owned telecom company TSTT, which could potentially go to Digicel. Jamaica demanded that Columbus' local operator Flow's undersea fiber cable must remain accessible to competitors, as well as other broadband entry points.

Ectel had expressed its concern over the merger in November, but has not stopped any of the country's regulators from giving the green light to the deal.

"Digicel was taken aback by the dismissive stated position of CWC/Columbus that the governments were essentially powerless and had no right to oversee the proposed merger," said Digicel CEO Colm Delves.

"We believe that the consumers, as well as the industry as a whole, would certainly welcome such clarification," he added.

News in: ICT (Trinidad and Tobago)

According to TATT, Trinidad and Tobago had a fixed-line penetration rate of 56.9% of households in the first quarter