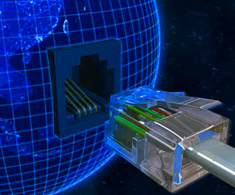 Chilean telco Entel demonstrated broadband speeds of over 200Mbps on Tuesday, using what it claimed was the first trial of LTE-Advanced (LTE-A) Carrier Aggregation in Latin America.

LTE-A carrier aggregation combines multiple bands to enhance speed. Using the technology of Swedish equipment supplier Ericsson, Entel used 35MHz of spectrum (15MHz+20MHz) in the 700MHz and 2600MHz bands for a demonstration for press and local authorities in the city of Rancagua, 84km south of Santiago.

LTE-A carrier aggregation is seen as a step in the move towards 5G technology, which is expected to start rollout in 2020, promising greater speeds and bandwidth efficiency to meet increasing demands on networks from video use and the emerging trend of machine-to-machine connectivity.

Entel was awarded 30MHz in the 700MHz band last year, but only got the go ahead to start deploying the infrastructure last month after a series of injunctions filed by consumer rights group Conadecus were thrown out. The company, along with Claro and Movistar, has 18 months to deploy its network.

Entel CEO Antonio Büchi told BNamericas that the company was not yet clear how it would commercially sell the boosted capacity demonstrated on Tuesday, but said the trial was a clear example of the road towards 5G.

Pedro Huichalaf, head of telecoms regulator Subtel, said: "The fact that telecommunications companies are investing to integrate new technologies to improve connectivity is positive for the consumer."

Huichalaf added that the additional capacity that can be obtained from combining technologies is positive for withstanding spikes to traffic as were seen last week following the 8.3-magnitude earthquake and ensuing tsunami that struck the northern coastline of Chile.

On Monday, Chile's transport and telecommunications ministry (MTT) said that the country's telecoms networks had generally held up very well to the earthquake.

Christian Jansson, mobile broadband technical manager with Ericsson Chile, told BNamericas that the company is studying potential trials of LTE-A in other countries in Latin America, although there are no official plans just yet.

The company is working with Telefónica Vivo in Brazil, which has already awarded licenses in the 700MHz band, for example. During the Mobile World Congress in Barcelona in March, Ericsson demonstrated a trial of LTE-A with Telefónica.

Globally, Jansson said that South Korea, United States and Australia are the most advanced countries in terms of trials of LTE-A.

However, he warned that there are still few devices that are LTE-A compatible. On Tuesday Entel did the demo with Sony and Samsung devices.

Huichalaf, however, added that the fact that Chile and most of Latin America have chosen to adopt the Asia-Pacific segmentation of the 700MHz band will mean that there will be a large pool of devices available once LTE-A is more widespread.

CEO Fernando Gana talks with BNamericas about the Chilean firm's plans for next year.

Chile's GTD plans to stick to investment rhythm in 2023