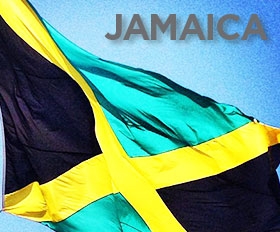 Jamaica's telecom industry is on the verge of a mobile war with the introduction of Symbiote Investments Limited, the newest rival to established operators Flow and Digicel.

Operating under the brand Caricel, the company says it will focus on data as a means of enticing dissatisfied Flow and Digicel customers to acquire its services, according to local daily The Jamaica Gleaner.

Caricel should hit the market in a matter of weeks, and will initially offer its service in the Corporate Area and Portmore, an unnamed spokesman from the firm told the paper.

Symbiote is the first fully Jamaican-owned telecom company to be granted a local mobile spectrum license. Approval was granted by the cabinet last week and the price of US$20.8mn will be paid by the company within a month.

"It is a win-win for the customer. We are proud to welcome a wholly-owned Jamaican company, powered by Jamaicans, to the telecommunications industry," said Andrew Wheatley, minister of science, energy and technology, according to a report by the Jamaica Observer.

In February, former minister Phillip Paulwell announced that the Office of Utilities Regulation (OUR) and the Spectrum Management Authority (SMA) had approved the issue of a license and had approached the cabinet for approval, but did not reveal the name of the operator.

Jamaica previously had three operators, but América Móvil's Claro unit was acquired by Digicel in 2011, leaving only Digicel and Cable & Wireless Communications (CWC).

Last year, Julian Wilkins, head of regulation at Digicel and chairman of Caribbean telecoms association Canto told BNamericas that auctioning the 700MHz is desperately needed to boost 4G coverage in the Caribbean region.

With investments of 700mn Jamaican dollars per year, the government expects to equip every primary school classroom with ICT over the next three ye...

An increase in products prices and wealthier consumers also weighed on the result.

Jamaica reaches out to ICT innovators