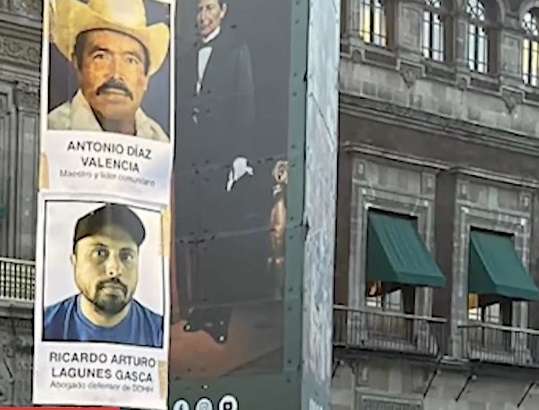 Workers at the Aquila de Las Encinas-Ternium iron ore mine in Mexico have gone on strike and halted operations since Saturday in protest at the disappearance of two local community leaders.

Ternium México confirmed to BNamericas that operations had been suspended at the mine, but did not respond to questions about the impact on the operation and the actions being taken to resolve the problem.

On January 15, community leader Antonio Díaz and lawyer Ricardo Lagunes disappeared after a meeting of local Nahua indigenous people, according to media reports.

Their disappearance is thought to be related to conflicts among the community over royalties paid by the miner. Community members led by Díaz have been receiving royalties of 18,000 pesos (US$950) per month from the miner since 2012, but have faced opposition from rival groups seeking to obtain the money and have also been subjected to extortion by members of the Knights Templar cartel, a powerful criminal organization in southwest Mexico.

The community has not suggested that the company is directly linked to the disappearance of the two men, but has blamed the miner for disrupting the social fabric in the area due to the financial interests and conflicts it has generated locally.

Community members have blocked the Coahuayana bridge on the highway between Lázaro Cárdenas in Michoacán and Tecomán in Colima state and have exhorted other local people to stop work at the mine.

“There is a sit-in at Coahuayana by people from Aquila and Ostula and it is indefinite. The mining company is closed at the request of the community members ....  This is until our colleagues are returned alive," Lagunes' wife, María Ramírez, said in a press conference on Monday.

Relatives and representatives of the two men have demanded that the Mexican State take action to ensure they are found.

"We appeal for your intervention so that they appear alive because we know the great influence and power that the mining company has in the area and with the groups that live there, and we ask that you use all the resources at your disposal and power to locate them immediately," said Ricardo Lagunes' brother, Antuan Lagunes.

On its Facebook page, Ternium México expressed “its solidarity with the families of those affected and with the Aquila community, of which it is part,” adding that it hoped that the situation would be resolved soon.

"Ternium is opposed to any type of violence and categorically rejects any speculation and/or defamation made in an effort to associate it with any type of illegal activity," said the company.

The firm reiterated on Twitter that it was following what was happening in the community "with great concern" and said it was in "constant contact with the authorities to be aware of the evolution of the matter" and has also offered its help to families and the community.

President Andrés Manuel López Obrador also referred to the events recently in his morning press conference, saying that “We're working on it and there's a team, there's coordination of the entire security cabinet."

Michel Cervantes, lawyer for the NGO Ideas, said at the press conference that there are currently three parallel investigations underway on the case in Michoacán and Colima states and also by the attorney general's office (FGR).