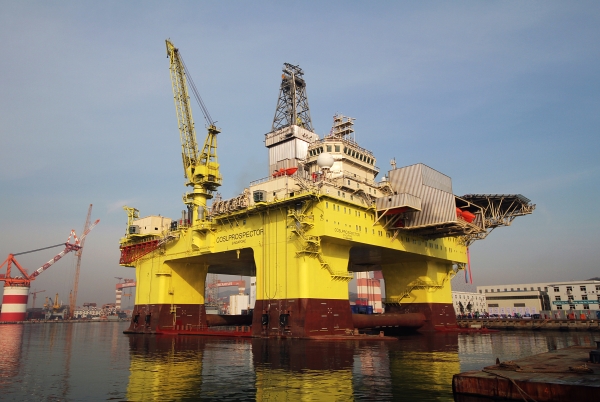 Mexico's Pemex is analyzing six possible models for alliances with private firms to strengthen its muscles in the areas of exploration and production.

The state-run oil and gas firm lacks the liquidity to make the necessary investment on its own.

Pemex has a variety of options to forge alliances with both local and global firms, the company's resources, reserves and alliances director Gustavo Hernández was quoted as saying by El Financiero newspaper during an energy conference in San Diego organized by the Institute of the Americas.

One of the options is farm-outs, for which Mexico's national hydrocarbons commission (CNH) would have to give its approval to contracts with private firms proposed by Pemex, while another would be Pemex's participation in consortiums formed with the private sector, Hernández was reported as saying.

Such alliances would allow the partner in the project to operate more efficiently, Hernández said.

Pemex could also sign new service contracts and opt for so-called farm-ins, inviting contractors to participate in the development of oil and gas fields that Pemex was assigned in Round Zero, which took place before the three auctions that have so far taken place as part of Round One.

In total, Pemex received acreage covering nearly 90,000km2, with the potential to produce 20.6Bboe, equivalent to 15 years of production and five years of exploration at an output rate of 2.5Mb/d.

But in May last year Pemex said it may be forced to relinquish some of those fields as its financial constraints would impede their immediate development.

Pemex also plans to gradually relinquish businesses that are not profitable, Hernández was quoted as saying.

He also cited the mature fields that require secondary recovery processes, such as the Cárdenas-Mora, Ogarrio and Rodador fields, for which Pemex will seek partners.

Those fields have a production potential of 23,000b/d, he said.

Because of the drop in oil prices, Pemex is eyeing those projects that would be profitable, based on a US$25-30/b oil price, he added.

Mexico is due to hold its first deepwater auction on December 5 and Pemex is among the oil companies that have registered to bid. Others include Atlantic Rim, BHP Billiton, BP, Chevron, China Offshore Oil Corporation, Japan Oil, Gas and Metals National Corporation, Eni México, ExxonMobil, Hess, Murphy Sur, Petro-Canada Holdings, Statoil and Total.

Want to read more information about What form will Pemex-private sector alliances take??