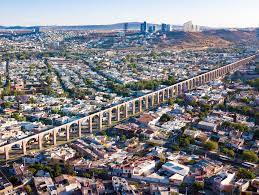 Mexico's Querétaro state has set in motion a plan to begin works on a 12bn-peso (US$614mn) third aqueduct to serve the state capital and offset fears of future water shortages.

“This is a project that is planned to take 3m3/s of water to the Querétaro metropolitan area. This is the future,” the CEO of Mexican engineering firm Cipro, Manuel Salas, told BNamericas.

Cipro announced on November 6 that it was assigned the contract to carry out the executive designs of the project. In a statement, the firm said it was tasked with designing “the construction of an intake, pumping plant, pipelines, special structures and the water treatment plant.”

Although Salas said he could not reveal further details of the initiative, he said, “we will finish the executive project at the end of this year and [the state government] plans to launch the tenders at the beginning of next year.”

Unlike other major water projects in the country that are led by national water authority Conagua, this one is being managed by Querétaro state water authority CEA, which awarded the contract to Cipro.

However, construction of the aqueduct is supported by the federal administration, which will provide 700mn pesos (US$36mn) in funding, state governor Mauricio Kuri said in June.

The project comes on the heels of a drought across much of northern Mexico that has hit cities such as Monterrey in Nuevo León state and Guadalajara in Jalisco state and the works are expected to help Querétaro, in central Mexico, from facing the same problems, Salas said.

“They are looking to prepare themselves for the growth that the city is experiencing, that industries are experiencing ... since water is a pillar of development,” he said, adding that the aqueduct will guarantee water in the city for the next 30-50 years.

Cipro’s portfolio also includes other design and supervision contracts for water works, such as the third aqueduct of Mexico City’s Cutzamala system and the water treatment plant for the Agua Saludable para la Laguna program in Durango and Coahuila states.

It has also won a water and sanitation system contract in the Dominican Republic for the US$3bn Pedernales tourism hub project, and in Colombia, where it is supervising the control project for the Bogotá aqueduct.

The government announced it expropriated land for building and rehabilitating six modal transfer centers for the 23km rail line.

Likewise, hard work is being done to improve its reaction capacity in terms of safety and prevention in the face of hydrometeorological phenomena t...

Want to read more information about Work on US$600mn Mexican aqueduct could start this year?