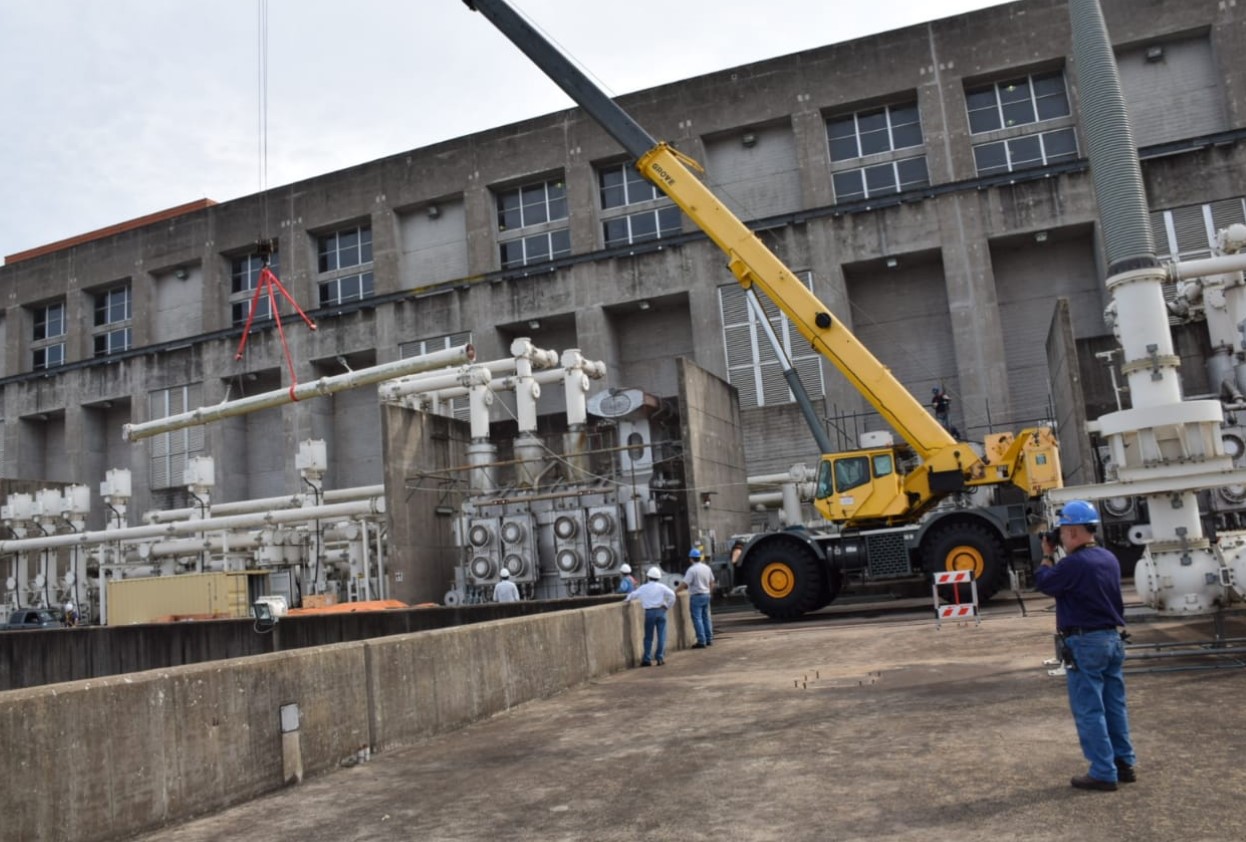 The Yacyretá Hydroelectric Plant initiated the dismantling of the 220 kV line, to allow the installation and conversion of energy to 500 kV later. The works are in charge of Paraguayan technicians of the Binational Entity, with the support of Japanese specialists at the service of the Mitsubishi Corporation.

The objective is for the task to be completed by September of this year.

The director of Yacyretá, Nicanor Duarte Frutos, had stated that this conversion implies a situation of high relevance for the Government of Mario Abdo Benítez and for the country, because it will mean the obtaining of energetic sovereignty on the part of Paraguay.

The newspaper ABC Color , in its print edition of today April 3, echoes this news under the title "Dismantle 220 kV bar", and we reproduce below:

This part of the work, which will last three months, corresponds to one of the first steps of adapting the Yacyretá-Ayolas-Villa Hayes 500 kV Line, which will be extended for nine months, with a cost close to US $ 10 million. The contract was awarded to the Mitsubishi Corporation of Japan, whose specialists are accompanied by the Paraguayan and Argentine technicians of the EBY.

The works of definitive adaptation in the field 13 (GIS-SF6) of the substation of the plant are concentrated today in the dismantling phase of the 220 kV structure. Later they will remove the walls to install the new casing, which will support the 500 kV bars that will be brought from Japan next August.

As soon as the assembly of the bars is finished, they will start with the rigorous testing phase, and later the connection to the Paraguayan Line 2 (LP2) of Yacyretá will be carried out. "

Historical: 27 years after the start of production, for the first time Paraguay withdrew more than 50% of the energ...

Wind, Solar and Hydrogen Can Increase Energy Security in Paraguay

Paraguay completes infrastructure to withdraw energy from Yacyretá and opens the way to the country's industrializa...

Want to read more information about Yacyretá started the task of dismantling the 220 kV line to install the 500 kV line?