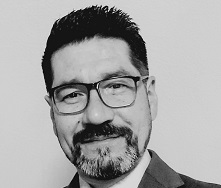 Firstly, electricity regulations allow customers who comply with aspects established in the General Law of Electric Services (Art. 147 bis) to migrate from regulated to non-regulated rates and, thus, be able to access more competitive prices, the consequence of low energy prices awarded and offered by generators (suppliers) in the supply tenders held during 2016-21, whose average prices fluctuated between US$47.5/MWh (Auction 2015/01: 11,300GWh/y), US$32.5/MWh (Auction 2017/01: 2,000GWh/y) and US$27.4 USD/MWh (Auction 2021/01: 2,200GWh/y), where, in all of them, 100% of the electricity tendered was awarded.

In 2022 (Auction 2022/01), the electricity market recorded an average price of US$37.72/MWh, which represents an increase of 37.7% compared with Auction 2021/01 and 16.1% compared with Auction 2017/01. Only 16.4% of the total energy on offer (5,250 GWh/year) was awarded. The causes are mainly attributed to the fact that the reserve price (ceiling price) was well below the prices offered by the 15 bidders, who apparently consider relevant variables such as projection of scenarios with dry hydrology (P95), congestion in the national transmission system, high fossil fuel prices (coal, natural gas and diesel), and high systemic costs mainly linked to the provision of complementary services and technical minimum cost overruns, of which these and others cannot be transferred to regulated demand.

On October 17, the National Energy Commission (CNE) outlined what the next tenders could be for supply to clients subject to regulated prices. In 2023, energy blocks of 1,700GWh/y and 3,500 GWh/y, whose start of supply will correspond to the years 2027 and 2028, respectively, will have to be auctioned.

There is no doubt that all eyes will be on this new tender process led by the CNE, in terms of award success and the expected average price of energy that will form part of the weighted price that will be passed on to regulated customers, by virtue of the entry into force of these contracts.

On the other hand, it should be noted that the most common terms for PPAs signed by non-regulated customers whose connected power fluctuates between 500kW and 5,000kW are quite limited, from four to six years. Consequently, during the current year and at least until 2024, it is estimated that the trend of supply contract offers by generators and power traders will incorporate the risks that have been emerging mainly during the years 2021 and 2022 (to September), where it has been seen that they are not isolated or one-off events, but are rather due to multiple factors or externalities, both national and international. To all the above you can add higher costs of developing renewable generation technologies that are projected in our energy matrix in the medium to long term.

In conclusion, all these factors could involve relevant changes in the electricity supply strategy, such as, for example, a) offer prices differentiated by hourly supply block (like tenders for regulated customers), b) flat energy prices compared with prices awarded in non-regulated customer tenders in 2020-21, provided that there is an interest on the part of the generation companies (voluntary market); otherwise, there is a high probability that free customers will once again constitute part of regulated demand.

DISCLAIMER: This content is the sole responsibility of the author and does not necessarily reflect the opinion of BNamericas. We invite those interested in participating as a guest columnist to submit an article for possible inclusion. To do this, contact the editor at electric@bnamericas.com

An energy storage and electromobility law recently entered the statute books, opening the door for injection and capacity remuneration for pure sto...

The modification was made under the joint and coordinated work this year between the ministries of national assets and energy.

How Chile’s green hydrogen story may unfold in 2023

Want to read more information about Sights set on PPAs to Chilean end-users?