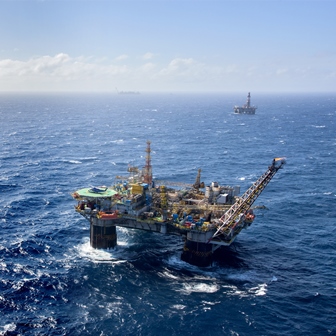 The latest process was launched in August and entered the binding stage this week. It involves the sale of 40% of Petrobras’ stake in the BM-POT-17 and POTM-762_R15 concessions, in deep waters of the Potiguar basin.

The state-run firm holds a 100% stake in both assets, which are part of the geologically praised and environmentally sensitive equatorial margin.

“The search for partnerships in these assets is aligned with the company's portfolio management strategy and the improvement in the company's capital allocation, aiming to maximize value,” Petrobras said in a statement.

The other three partial divestments underway are:

The sale process has been in the binding phase since September 2020.

In this case, Petrobras is selling from 50% to 100% of its participation in block BM-S-51, in the Santos basin.

Petrobras is the operator with an 80% stake in the asset in a consortium with Repsol Sinopec Brasil, which holds the other 20%.

The process has been in the binding phase since September 2020.

The binding phase for the sale of part of Petrobras' stakes in the two exploratory concessions located in the Pará-Maranhão basin was launched in September 2020.

In the case of the BM-PAMA-8 concession, the Brazilian company has Sinopec Exploration and Production as a partner, with a 20% stake.

Petrobras tried to sell 50% of its Marlim complex, in the Campos basin, but the process, which had been in the non-bidding stage since December 2020, was canceled in June.

The company began the sale of half of the offshore hub in November 2020, and, a month later launched the non-binding phase, where potential buyers receive guidelines for preparing and submitting proposals. But the process never got to the final stage, where bids are presented.

The high price and the fact that Petrobras would remain the operator are likely to be behind the decision to abort the sale process, local sources told BNamericas.

In May, the company decided to terminate the process involving the partial sale of its interest in four Sergipe-Alagoas basin deepwater concessions: BM-SEAL-4, BM-SEAL-4A, BM-SEAL-10 and BM-SEAL-11.

The process had been in the binding phase since July 2018.

Petrobras also failed to conclude the partial sale of its E&P rights in Pelotas basin concession BM-P-2, off the country’s southern coast.

Fuel prices attract political attention because of their impact on inflation.