Get all the information about Twitter, Inc. (Twitter), a company operating mainly in the ICT sector. Connect with its key contacts, projects, shareholders, related news and more. The company has operations in United States, which include Internet Companies, Social media andApps. Write to us at info@bnamericas.com or call us at +56 (2) 29410300 to schedule a demonstration of our platform.

Twitter is a global platform for public self-expression and conversation in real time, where any user can create a tweet and any user can follow other users sharing text, photos, music and videos. Twitter was incorporated in 2007 and is based in San Francisco, California. On November 13, 2013, the Company completed its initial public offering in which it issued and sold 80,500,000 shares of common stock at a price to the public of US$26.00 per share. Currently, Twitter has more than 241 million monthly active users and over 2,700 employees in offices located in the United States, Amsterdam, Berlin, Dublin, London, Madrid, Paris, Rio de Janeiro, São Paulo, Singapore, Sydney, Seoul, Tokyo, Toronto, and Vancouver. In 2015, the company opened its third office in Latin America in Mexico City, aiming to strengthen ties with the country's content generators, as well as offer a first point of contact with local users and customers.

This US$150 million investment is the third and final phase of Gold Data's Mexico network expansion. It will complement the company's low-latency u... 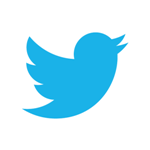