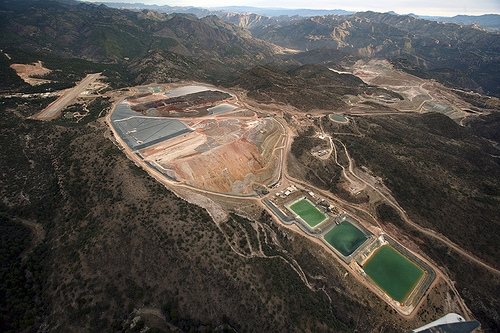 Guidance from five significant yellow metal producers ranges from a sharp drop to modest increases in cash costs, compared to 2015.

Gold miners have been under pressure from falling prices in recent years, although the metal's recent rise above US$1,200/oz is providing respite.

Guidance for its three Mexican operations is lower at US$474/oz, up from US$408/oz. Pinos Altos, Crestón Mascota and La India are among Mexico's lowest-cost gold mines.

Agnico also has operations in Canada and Finland.

Alamos Gold, Mexico's fifth biggest gold producer, has forecast companywide cash costs of US$800/oz in 2016, compared to US$850/oz reported in Q3 (full-year 2015 figures have not yet been released).

The company expects cash costs at El Chanate of about US$1,100/oz, compared to US$675-775/oz in 2015, but the figures are not comparable as Alamos expects to expense waste stripping costs which were previously capitalized.

Alamos also has the Young-Davidson mine in Canada.

Primero Mining is Mexico's sixth biggest gold producer, with the San Dimas gold-silver mine, along with Black Fox in Canada.

Cash costs are seen as flat or marginally higher this year at US$750-800/oz. The company expects to report cash costs slightly above the US$700-750/oz previously guided for 2015.

Timmins Gold, whose sole operating mine is San Francisco in Mexico, has forecast the biggest drop in cash costs of the five companies, to US$750-850/oz.

The overall trend appears to be for broadly stable cash costs in 2016, based on guidance from these five top-10 Mexican gold miners.

With the exception of Timmins, whose cash costs were higher last year because of stripping, companies are forecasting slight falls or rises or no change.

As a result of cost cutting, the sector generally is in good shape to generate profits following the rebound to US$1,200/oz prices, Scotiabank director of gold and precious metals told BNamericas this month.