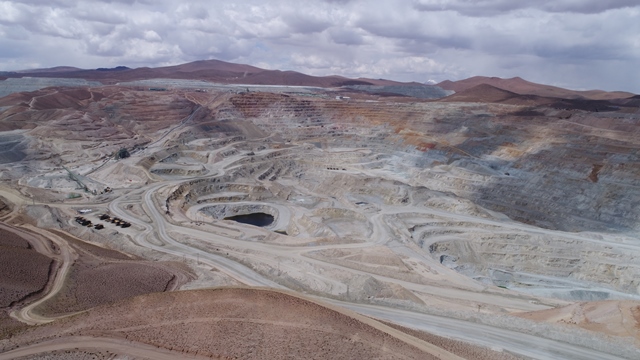 Teck Resources’ partnership with Sumitomo has sped up the Quebrada Blanca 2 (QB2) project in Chile’s region Tarapacá, with the completion of early works and the start of the construction phase.

On May 30, Teck also announced the signing of US$2.5bn in project finance loans to fund development of the QB2 project. The loans will be provided by banks from Japan, Korea, Canada and France.

Quebrada Blanca phase 2 is the biggest investment project in Chile, according to the office of management of sustainable projects (GPS).

The project was given the green light by the environmental evaluation service in August 2018 and was approved by the board in December.

With an investment of US$4.7bn, the QB2 project comprises the continuity of Quebrada Blanca’s open pit with a shift in ore processing from oxides to sulfides.

The works include the construction of a new copper and molybdenum concentrator plant, tailings deposit, port, desalination plant and new access roads.

“In the 35 years of operations, we’ve exploited the sulfide ore. Currently the open pit is 400m deep and we're going to 720m. We need a different process to go to greater depth. And this is the reason for the size of the investment,” said Enrique Castro, CEO of Quebrada Blanca, at the recent Exponor event in Chile’s Antofagasta region.

QB2 is expected to produce 316,000t/y copper during the first five years of the mine, with a mine life of 28 years.

The new copper concentrator plant will have a capacity of 140,000t/d. The project includes the construction of a port located 50km from Iquique.

“We will build a port with a capacity of 60,000t, a conveyor belt, a storage building and a filter plant. A particular fact is that all the water from the filtrating process will be fully returned, without having any loss,” said Castro.

The new tailings deposit will have a capacity of 1.2Mt and will have a total area of 796 hectares.

QB2 will have a desalination plant with a capacity of approximately 1,000l/s, according to Castro.

“In terms of sustainability, the most important fact is that we will operate with 100% desalinated water. And we made a promise to return our continental water resources in the short term,” he added. The water will be pumped to a height of 4,400m.

The other particularity of the facilities is that brine captured from the water will be discharged into the ocean to a depth of 40m below the sea level and 730m from the shore to avoid environmental damage, Castro added.

The aqueduct to transport the water to the concentrator plant will span 160km and the pipeline will be 36 inches in diameter.

In September 2018, early works commenced at the site, which included earthworks with blasting activities.

The construction contractor is Bechtel, which is working on the concentrator plant, with EPCM, Ausenco and PSI working on the piping and pumping stations; Ausenco and Sandwell on the port and desalination plant facilities, and Golder on tailings management. 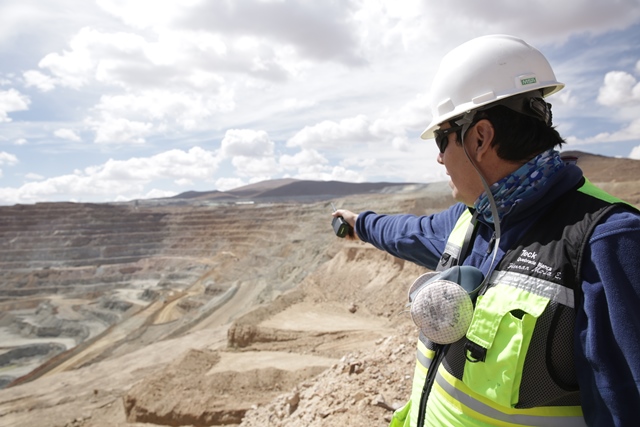 In January 2019, the environmental evaluation service of Tarapacá announced that it had accepted two invalidation requests submitted by indigenous communities of the "Jiwasa Oraje" Ecozona Matilla development area against the environmental approval of QB2.

Castro told BNamericas that the company has signed collaboration agreements with eight indigenous communities in the mine's surrounding areas. “In general we always have these types of claims, but these communities are outside our surroundings,” he added.

Another legal challenge presented in November 2018 by the Aymara indigenous community argued that they were not consulted either in the indigenous consultation process and that the company did not present an anthropological report proving that the indigenous group is located outside the mine's surrounding area.

The same challenge claimed that the project will affect the Michincha and Alconcha salt flats. “Quebrada Blanca 2 aims to prolong the extraction of water from the Salar de Michincha for many years, already occupying its rights or the rights of Minera Collahuasi. And they do this without evaluating the environmental effects it would have on the salt flats," reads the document presented.

Teck Resources is working on engineering studies to double forecast production by 2026 in phase 3, said Castro.

“We have reserves for 100 years and currently we're only using 25% of these reserves. This year we'll be developing the scoping study, although the construction process [of QB2] is taking up most of our time,” said Castro.

The company forecasts that if Quebrada Blanca gets to a third phase, annual production will surpass 600,000t, reported local newspaper El Mercurio, citing CEO Donald Lindsay, making it the second largest copper mine in Chile after Minera Escondida.

Castro told BNamericas that the company was soon going to make information public on new technologies it will use in QB2. “We're reviewing the possibility of working with autonomous trucks and have a remote control room that controls our entire operation for security reasons. Now we're working on those definitions,” he said.

Results reported in this release reflect 8,444m of drilling across 41 reverse circulation drill holes predominantly located in the northern portion...