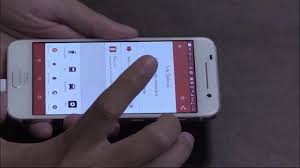 Liberty Latin America has decided to put on hold the capitalization of its B2B and submarine cable businesses.

The company had previously considered spinning-off and capitalizing its submarine cable and B2B operations in markets where it does not have consumer operations, such as Colombia.

“This was the right track but given the market conditions, including the financial market and macro [scenario], we’ve decided to put things on hold for now,” Liberty Latin America CEO Balan Nair said during the firm’s Q2 earnings call with investors.

Nair said that Liberty will continue investing in this business to make it grow.

The firm’s B2B & network business grew 8% year-on-year to US$361mn in 2Q22. Nair said that the economic recovery and project awards in Panama had helped drive its B2B revenues.

The company also expects to close a JV with Claro Chile during the second half of 2022.

Liberty Latin America's revenues grew 4% to US$1.22bn in 2Q22, driven by the addition of US$74mn from the acquisition of the operations of Telefónica Costa Rica, organic growth in C&W Caribbean & Networks, organic declines in VTR and a US$34mn net foreign exchange impact.

Liberty Latin America reported an operating loss of US$350mn for the quarter.

The company said it is focusing on fixed offerings and postpaid mobile services.

The tech company, expert in digital transformation projects, is expanding its talent base in the region and looking beyond traditional segments, GF...

SUTEL will deliver 86,000 computers to low-income students in the coming days

Platform will prevent use of stolen or tampered cell phones