How is Argentina responding to the oil demand crisis? 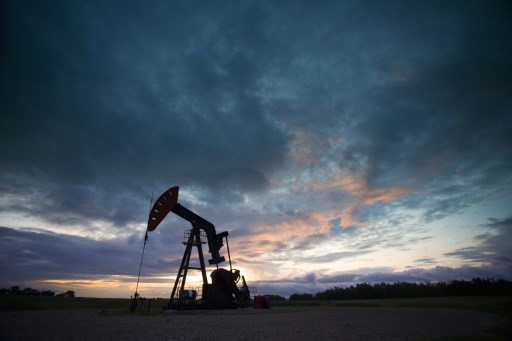 Argentina is on the verge of establishing a domestic price for oil that is decoupled from international levels, the latest in a series of measures to try and protect its local industry from economic turmoil.

President Alberto Fernández has told the authorities of oil producing provinces, who have been lobbying for such a measure for weeks, that the federal government is polishing the last details of the regulation, according to local press.

The so-called “criollo barrel” would freeze the price of local oil sales at a level around US$45/b, or more than double the current price of Brent, a similar move to the oil and fuels price freeze enacted last year. However, while that measure was put in place to ensure prices did not increase and anger voters, the new measure would ensure prices cannot fall to international levels, in an attempt to protect hydrocarbon production companies and the provinces from the oil price rout.

This form of unconventional policy is not new in Argentina: a very similar measure was brought in during 2015, when the country set a domestic price 40% above international levels to protect its local industry. The history of interventions in the oil and gas sector in Argentina is long: from special and constantly changing tax regimes to differential subsidies, all while balancing attempts to increase federal revenue with trying to spur production.

The criollo barrel would work in a manner akin to a subsidy, although it would be paid by oil consumers, from households to industrial producers to the state itself. Provincial authorities have been the main lobbyists for this, since their revenues are calculated as a percentage of every barrel sold. However, small and medium-sized non-integrated E&P companies have also voiced support for the measure, arguing it is crucial to protect production activity and jobs.

The local industry’s largest integrated companies, however, including YPF and Pan American Energy, could be hurt by the measure, as they run large-scale refining operations that would have to buy artificially expensive crude, putting pressure on their margins.

It is also unclear what effect the criollo barrel could have in a context where demand for fuels has been decimated by lockdown measures put in place to combat the COVID-19 pandemic. According to YPF, Argentina’s largest oil and gas player, demand for fuels fell by 70% at the worst point of the crisis, during the first week of the nationwide lockdown. Measures have been steadily relaxed since then.

Argentina’s ongoing economic crisis, together with last year’s price freeze on fuels and oil and an oversupplied natural gas market, had already forced companies to slash capital spending and aim for lower production targets this year. In March, YPF said it would cut its capex by US$700mn and reduce emphasis on gas production, exploration and growing its reserves. In April, the company shut down several wells at its most productive unconventional block, Loma Campana, because it was running out of space to store crude.

The new, rapidly changing scenario, where Argentina is on the verge of a sovereign debt default, the country’s economy has ground to a halt due to COVID-19 and the international price of oil crashed from around US$60/b to US$20/b, means that the authorities are looking to intervene at a time when it is very difficult to accurately measure the current state of the industry, much less what will happen over the next year.

Argentina’s extremely tight finances as the country looks for relief from its creditors also means one of its historically preferred options is off the table: spending through subsidies. The current administration has had to backpedal on subsidies enacted by the previous administration of Mauricio Macri to incentivize the production of unconventional gas in a context of low prices, and decided to stop payments until an unspecified date.

The adverse context also forced the government’s hand when it came to large-scale infrastructure projects: once the most anticipated pipelines in the country, the Tratayén-Salliqueló project, also known as the Vaca Muerta pipeline, was put on the backburner last month.

The energy ministry also decided to extend existing gas supply contracts between producers and distributors until June 30, postponing new auctions that have traditionally been conducted in February. Auctions that have come through in the last two months, namely those to supply power generators, have resulted in average prices below US$2/MMBTU, significantly below the US$3.5/MMBTU levels of last year that were already considered too low by the industry.

In line with an established trend, Argentine exporters are laser-focused on Chile, chiefly via the GasAndes duct. The pipeline connects the Vaca Mu...

Want to read more information about How is Argentina responding to the oil demand crisis??