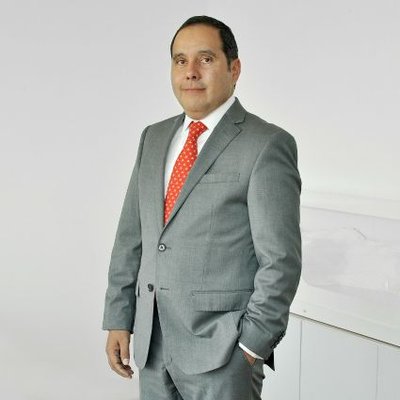 Mexican engineering firm Cipro has been considering at least three new water infrastructure opportunities in Mexico and the Caribbean this year to help it expand its already extensive portfolio of projects across Latin America.

“We continue to be very active in developing business in both Colombia and Panama. We're now participating in a process in the Dominican Republic and are very active in Mexico, bidding in all the infrastructure tenders,” CEO Manuel Salas Flores told BNamericas.

In Mexico, the firm, which is specialized in hydraulic engineering design and supervision of works, is looking to snap up contracts for two of President Andrés Manuel López Obrador’s priority water projects, the 10bn-peso (US$490mn) Agua Saludable para la Laguna project in Coahuila and Durango states and the 2bn-peso Yaqui aqueduct in Sonora state.

For the former, Cipro is currently a participant in a tender to supervise the construction of a water treatment plant that is one of the six main components of the project, aimed at supplying arsenic-free water to 1.6mn residents of the Comarca Lagunera urban area. More opportunities could also come up in connection to those works in the remainder of the year.

“It's a very ambitious project, probably one of the largest in the water sector for this administration and, of course, we'll be there participating in the tenders related to supervision of works for the piping system,” he said.

Agua Saludable para la Laguna recently cleared a major hurdle in January when it received approval from local social, government and business leaders. AMLO has vowed to complete it before the end of his six-year term in 2024.

As regards the 150km aqueduct, which is designed to deliver 3.8Mm³ of water from the El Oviachic reservoir to the eight indigenous towns that make up the Yaqui community, Salas recalled that Cipro already won the tender to carry out the project’s cost-benefit analysis, now available in the finance ministry’s (SHCP) investment portfolio.

However, the company is now awaiting a new tender for the project’s next stage.

“We'll certainly be in the tender for the supervision” of the construction works, Salas said.

The Yaqui aqueduct initiative moved forward this year after it was approved by the eight towns during a public consultation carried out by water authority Conagua in mid-March.

In the Dominican Republic, Cipro is also participating with another firm in a tender to install “drinking water, stormwater drainage and sanitary drainage systems, including a wastewater treatment plant,” Salas said, adding that a confidentiality agreement prevents him from disclosing more details.

“Our agreement with the company we're working with is that we would do the engineering and they would do the construction,” he said.

Cipro has offices in both Mexico and Colombia, although the company has also participated in several projects in Panama too.

According to Salas, the idea is to expand the firm’s presence in Central America and the northern and southern cones of South America, in addition to Caribbean countries such as the Dominican Republic.

In 2020, the Cipros CEO told BNamericas that the company was involved in studies for two desalination plants in Mexico’s Baja California sur state, supervision works for the ongoing 20bn-peso Texcoco lake ecological park (PELT) in Mexico state and the supervision of the control project for the Bogotá aqueduct in Colombia.

“The two projects for the desalination plants and the project for the integral improvement in management of Los Cabos are finished,” he said, adding that, in PELT development, “We completed the projects that we were doing and now we're working more on the supervision of quality access works, of dirt roads.”

In Colombia, the CEO said Cipro continues supervisory works for the Bogotá aqueduct. “There, we began fieldwork, returned in October 2020, and after a little over a year and four months of being there the work is going full steam ahead.”

“There have been opportunities. We're in a very competitive market ... it's a market in which there are very serious companies and we compete for every tender that we see,” Salas said, adding that the company is also looking to expand in the energy sector.

“We're actively looking for projects both in Mexico and abroad for energy engineering or construction supervision – more focused on renewable issues, in which we carry out the plant balance in wind and solar power. And in hydraulics our specialty is hydroelectric,” he said.

The initiatives include two dams and a water distribution system that will supply 16,300 l/s to Jalisco, Nuevo León, Coahuila and Durango states.