Miners diversifying away from Mexico 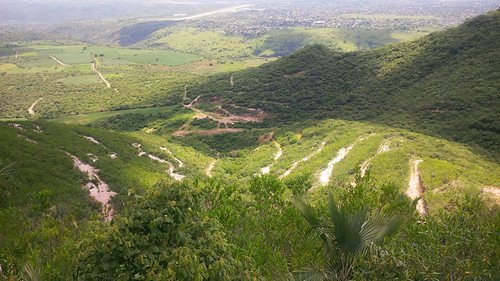 Mining companies are diversifying away from Mexico in a period of heightened political risk under leftist President Andrés Manuel López Obrador (AMLO).

Two mining and exploration firms have exited the country in recent months, while a further three mid-tier players have sold off significant assets.

And around four Mexico-focused companies have made acquisitions overseas, with many targeting growth opportunities in Nevada, the world’s third most attractive jurisdiction in the latest Fraser Institute Annual Survey of Mining Companies.

Mexico is a major mining country, ranking as the world’s top silver producer and Latin America’s biggest gold miner, with output of copper, lead and zinc also in the global top 10.

But industry chamber Camimex has warned of a slump in investment in 2022, in part due to controversial government policies.

The government froze new concessions and adopted a tougher approach to permitting, which has contributed to a slowdown in processing of applications and permit rejections.

Despite the challenges, there is no shortage of buyers looking to take on Mexican assets, with firms signing deals to acquire projects or mines and consolidate their presence in the country or provide a swift path to production in a high metals price environment.

The latest example of diversification away from Mexico is Orla Mining’s planned acquisition of Gold Standard Ventures, with Orla planning to build an open pit heap leach mine at the latter’s South Railroad gold project in Nevada.

“While we already have a robust organic pipeline, we believe in the importance of always seeking to strengthen our portfolio with good assets and geographic diversification,” chairman Charles Jeannes told a call to discuss the deal.

SSR Mining will exit Mexico with its planned sale of the Pitarrilla project to Endeavour Silver, for US$70mn in cash and shares.

“With this transaction, SSR Mining continues to deliver on its goal of portfolio rationalization, realizing value for shareholders by monetizing non-core assets,” the company said in January.

One factor favoring asset sales is the stronger price environment.

“So they [SSR] are happy to divest, but there are always others ready to step in [in Mexico],” Scotiabank’s gold and precious metals director, Trevor Turnbull, told BNamericas in February.

Australia-listed Azure Minerals also announced a deal to sell its Mexican assets to Bendito Resources on May 30, for cash and shares worth Aus$20mn (US$13.9mn).

The main assets included in the sale are Alacrán, Oposura and Promontorio.

“We have realized a significant cash return for the assets while retaining exposure to the upside as the projects are further developed,” CEO Tony Rovira said in a statement.

Other companies have taken advantage of strong prices to sell Mexican projects while retaining a presence in the country.

Equinox Gold, with the Los Filos gold mine in Mexico, sold its Mercedes gold mine in the country to Bear Creek Mining in April, for US$125mn.

US-based Coeur Mining closed the sale of its La Preciosa primary silver project to Avino Silver & Gold Mines in October, for up to US$93.4mn.

“This transaction… allows us to prioritize higher-return growth from our US and Canadian exploration and development projects while retaining upside to La Preciosa through equity participation, the retention of royalties and contingent payments,” CEO Mitchell Krebs said in a statement at the time.

Coeur continues to operate the Palmarejo silver-gold mine in Mexico, one of its biggest operations.

First Majestic closed its acquisition of the Jerritt Canyon mine in Nevada in April 2021, weeks after initiating a request for international arbitration against Mexico following a tax dispute.

“I think our portfolio will change over time,” CEO Keith Neumeyer said at the time.

Endeavour Silver also acquired the Bruner gold project in Nevada last September, while Gold Resource acquired the Back Forty project in the US in its takeover of Aquila Resources, which closed late in 2021.

Santacruz Silver closed the acquisition of a number of Bolivian mineral assets in March.

But other companies have increased their presence in Mexico through acquisitions.

Bear Creek Mining established itself as a producing company in its purchase of Mercedes, cash flows from which will help develop the Corani primary silver project in Peru.

Endeavour Silver also plans to consolidate its position in Mexico.

“The acquisition of Pitarrilla, one of the world’s largest undeveloped silver projects, accelerates our vision to become a premier senior silver producer,” CEO Dan Dickson said in a statement in January.

Zacatecas Silver also plans to advance permitting and development of the Esperanza gold project, despite opposition by Semarnat, while Avino plans to advance La Preciosa into production utilizing existing infrastructure at its nearby Avino operation.

The acquisition of Azure’s Mexican projects and First Majestic’s La Guitarra could also propel Bendito and Sierra Madre toward production in the coming years.

“We are thrilled to advance the Alacrán and Oposura projects through the remaining development stages into production to create significant value for our shareholders,” Bendito CEO John Antwi said in a release last month.

BNamericas talks with Oscar Ocampo, energy head at Mexican competitiveness think tank IMCO, about Plan Sonora, among other topics, and what Mexico ...

Despite the solid consensus in favor of expanding sustainable financing alternatives, Latin American companies and governments continue to face mul...

Want to read more information about Miners diversifying away from Mexico?